India became the world’s fastest-growing large economy with a 7.6% GDP growth in 2015-16, up from 7.2% the year before, the official figures have shown. The news will come as a boost to Prime Minister Narendra Modi who has ambitious plans for attracting investment in India when he will visit the US next week. 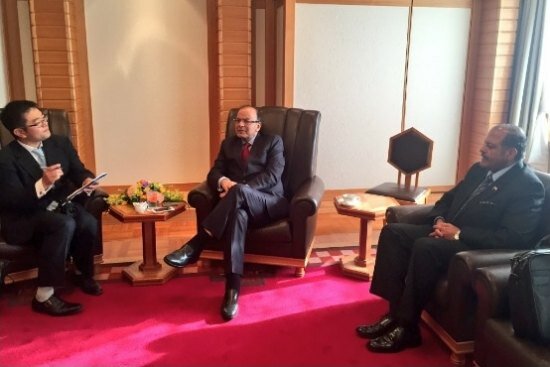 Indian PM Modi is scheduled to officially travel to US Capital Washington DC on June 7th and 8th 2016 to meet top investors and businesses. The high growth for 2015-16 was a result of an impressive 7.9% GDP growth for quarter January-March quarter. It was up from stood 7.3% growth in the previous quarter (October-December), higher than industry analysts anticipated.

According to the official figures from the Central Statistics Office of India, the sectors growing over 7% are 'financial, real estate and professional services', ‘trade, hotels, transport, communication and services related to broadcasting’, and manufacturing'. Other sectors such as ‘mining and quarrying’, ‘electricity, gas, water supply and other utility services’, ‘construction’ and ‘public administration, defence and other services’ grew 6.9%, 5.9%, 3.7% and 6.9% respectively.

The growth in the ‘agriculture, forestry and fishing’, historically considered the backbone of the Indian economy grew 1.1% demonstrating Indian economy’s transition into a services economy rather than an agricultural economy.

Finance Minister Arun Jaitley who is currently at the Future of Asia conference was buoyant with the latest GDP figures. He urged top infrastructure companies in Japan to be a part of India’s growth story and said that “India can be a powerful driver” especially at a time when China is slowing down. The Indian delegates at the conference also reassured investors that there's a clear commitment from the Indian government to improve the regulatory and business environment for investors in India.