India's economy grew at a slower annual rate of 7% for three months between April and June 2015, revealed figures released by the Government of India. It is lower than the 7.5% Indian GDP growth rate recorded in the last quarter (three months ending March). 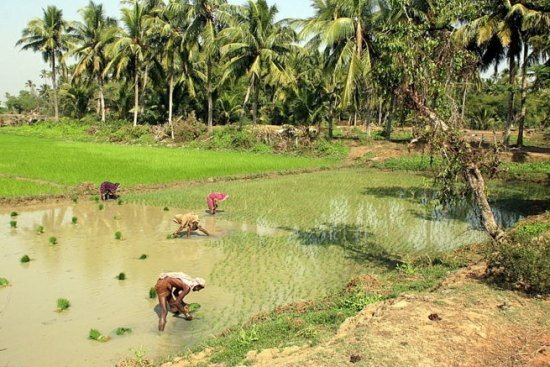 Despite the slowdown, India alongside China which also registered a 7% GDP growth in its second quarter, are the two of the fastest growing big economies of the world.

The 0.5% slowdown in this quarter's growth is a far cry from the optimistic 7.9% GDP growth that investment bank Goldman Sachs predicted for India for the whole fiscal year 2015-2016.

The industrial segments that delivered growth of more than 7% include ‘manufacturing’, ‘trade, hotels and transport & communication and services related to broadcasting’ and 'financial, insurance, real estate and professional services'. The growth in the ‘agriculture, forestry and fishing’ – India's economic backbone – grew just 1.9% in the April-June quarter. The growth in agriculture is expected to grow faster in the next quarter (July to September) as rainfall will lead to good harvest and crop production.

Other industries such as mining, utility services, and defence and public administration all grew below 4%. Construction segment was the only segment that delivered a growth of 6.9% similar to the overall GDP growth.

Although the 7% growth rate is said to match that of China's fears have been raised by many critics and economic experts around the world that india's growth may be far lower than the official figures because India's GDP growth data is inconsistent and not mapped out holistically by taking into account all the dimensions. But the officials in India have questioned these claims saying the official GDP estimates are accurate.