Priyanka Chopra proud of receiving Padma Shri - her best award, according to her

33-year-old talent powerhouse Ms Chopra was honoured for her immense contributions to the world of art, cinema and entertainment.

For the event, the versatile actress was dressed in a traditional avatar – a light yellow Jamdhani weave saree, silk blouse, pearl necklace, gold bangles and a bold, round bindi on her forehead. 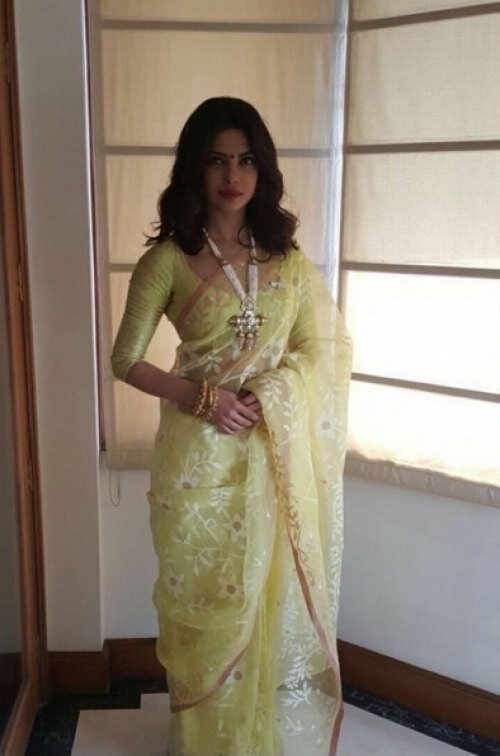 "Overwhelmed by the love I received today," she said on Twitter calling the Padma Shri honour her best award. "As I fly back to Quantico season finale shoot I say a prayer of gratitude." 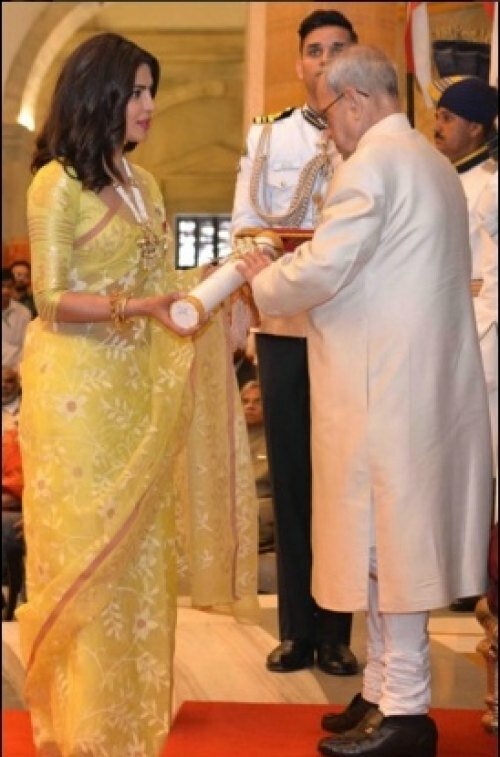 Former Miss World Priyanka Chopra, who has acted in over 50 Bollywood films has been critically acclaimed for her performances in blockbuster Bollywood films, But the National Award winner's talent had a global appeal. She spread her wings to the West as a pop music artist a couple of years ago and has since substantially widened her global professional portfolio. She bagged a lead role in prime-time ABC Network television series Quantico – in which she plays Alex Parish – an FBI agent who is also a terrorist suspect.

Priyanka Chopra, who splits her time between LA and Mumbai has continued to work in Bollywood projects simultaneously rather than taking a complete break from Indian cinema. In the meantime, she has also lent her voice for the Jungle Book film and bagged a role of a villain in iconic American series Baywatch. As her global appeal and worldwide fan base grows, she has made an appearance in many popular chat shows including Jimmy Fallon show and Jimmy Kimmel show, and presented an award at the prestigious Oscars night. She also continues to use her influential power to social causes such as children's especially girl children's education.

It is reported that Priyanka Chopra is also on the guest list of a White House dinner evening with American President Barack Obama. The actor's popularity is soaring with her becoming one of Asia's most popular celebrity on Twitter with well over 13.5 million followers.