I spent the best time of my growing life in a chawl not very different from the one shown in Ravi Jadhav’s Balak Palak. Peopled by characters that seem unnaturally innocent in hindsight––even with their quirks and squabbles and tendency to gossip––these houses gave their inhabitants a sense of community. 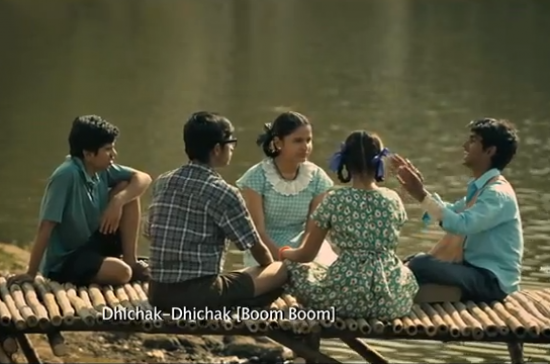 Like these kids, we fuelled our imagination with romantic picture-books and the synchronised gyrations of Hindi cinema (Jadhav has selected the perfect dream sequence song from Saheb to illustrate reveries projected on a makeshift screen in the courtyard with the entire congregation in attendance), before we discovered pornography, which, to the boys, was thrilling, while the girls were often queasy.

Balak Palak captures the confusion of that age where suddenly, without any prior warning, your body starts coming into its own, you discover sex and attraction and your childhood is thrown into a vortex of confusion. At least when we were growing up, parents weren’t at hand to volunteer information and given the awkward nature of communication between the two generations, asking them was nearly impossible.

In Balak Palak or BP (which is also an abbreviation for the Blue Prints that were once watched on video cassettes in parlours or on rented VCRs) it all starts with the sudden disappearance of a young woman who has apparently done something horrible (described in Marathi as ‘eating shit’) that the children are curious to find out about. They try asking their parents, but are shooed away. Inevitably then, they must turn to the wise one, the boy who lives on the wrong side of life and hence has greater access to its truths. He calls it ‘dhichak dhichak’ and takes them around the chawl in a bid to show them practical examples of it, without much success.

Meanwhile an older sister of one of the girls in the group teaches her sibling how to dress smart and dance like a movie star. Before long, one of the boys has fallen in love with her and suddenly, she’s transformed from his ‘tai’ to a nymph or a potential sex object. The four friends who once played together harmoniously discover their ‘otherness’ and can’t get past sexual identities––the girls accuse the boys of trying to make a pass, the boys don’t know how to cope with their own transformed feelings about women and so on.

Liberally peppered with humour and only occasionally preachy, Balak Palakis a refreshing nostalgic trip for those who grew up in the ‘70s and ‘80s in Mumbai, but equally, a heartfelt plea for parents to shed their discomfort about sex and help their kids make sense of the turmoil of growing up.