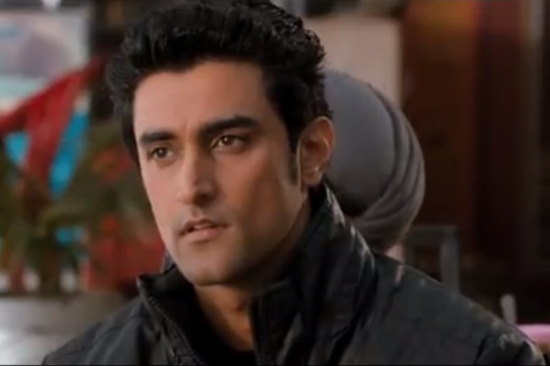 If you’re an avid watcher of Bengali films (as yours truly) Rajesh Sharma would be a familiar face. Alternately, you may remember him as Silk’s ‘mentor’ in The Dirty Picture or the cynical Delhi cop in No One Killed Jessica. But Sharma, who slips seamlessly into just about every kind of character, finally gets a starring role in debutant Sameer Sharma’s Luv Shuv Tey Chicken Khurana––a film quite like authentic slow-cooked gravy which may not be very attractive to look at, but leaves a delicious aftertaste nevertheless.

Sharma’s loony transistor-wielding ‘mamaji’ is easily the finest ingredient of this quirky dish which, like the Chicken Khurana Omi (Kunal Kapoor) tries to perfect through the entire second half, has a blend of several rustic gems born to the soil of Punjab (and clearly not the Bombay studio version of it)––notably a cousin, Jeet (Rahul Bagga) whose left eye Omi had gauged out in childhood and who is suspected of being gay, his sweetheart Harman (Huma Qureshi) who works as a doctor and snubs him repeatedly only because she loves him, and his ailing grandfather (Vinod Nagpal, a name we can never separate from Basesar Ram of Indian television’s original soap, Hum Log) who sits in a chair and stares at his long deceased wife reincarnated as a crow.

Luv Shuv isn’t instantly gratifying, and really, sometimes you wish the screenplay could be given a serious move-on. But it is consistently peppered with mild humour and barring Kapoor’s ordinary presence and flat diction, brilliantly acted all around. Imagine building an entire scene around underwear, without making it cringe-worthy. The happy ending is inevitable, but the combination of food, family, fun and folly adds up to a reasonably enjoyable concoction with Sharma’s delectable act clearly the biggest take away.

NFDC has re-released Jaane Bhi Do Yaaro, but in a blunder of comic proportions, done so without any publicity and, at least at the lone cinema showing it within a 10 km radius of my house, dumped it in a highly inconvenient late-night slot generally reserved for esoteric Hollywood fare. So what’s the point? Kundan Shah’s cult classic (the tag is irrevocably stuck to JBDY although Shah can’t figure out why it still remains a singular piece 30 years later) obviously has its own following, and those of us who cherish its insanity in a world that doesn’t add up anyway, have watched it repeatedly on television, pirated prints, YouTube and finally, the newly restored DVD version NFDC recently released.

The point is, JBDY transcends format and watching it on the big screen with popcorn isn’t likely to be any more gratifying than doing so sprawled on your living room sofa chewing on parathas or pizza. But if NFDC and PVR really intended to introduce it to a brand new audience (i.e., those unfortunate ones born after 1983 whose parents weren’t smart enough to inculcate the right movie habits) they should have employed a wee bit more common sense. 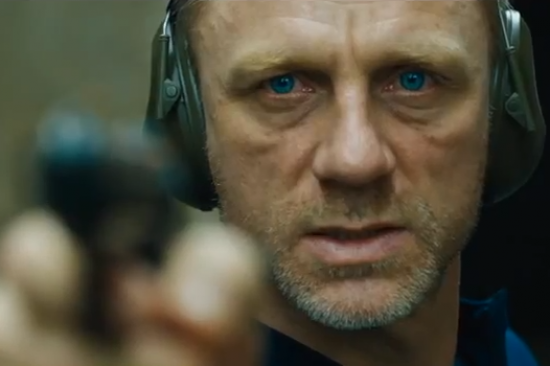 Watching Skyfall makes you realise how even a populist franchise film can rise above its mould. Sam Mendes has the confidence and the skill to make Bond and bad-man Raoul Silva (Javier Bardem) engage in verbal duels in between all the gratuitous action. And that’s superbly choreographed too, from motorcycle chases on Istanbul’s busy rooftops (also featured in The International, Ek Tha Tiger and most recently, Taken 2) to an exquisite climax piece in an old Scottish villa involving fire and ice. But by far the finest action moment in the film happens in Shanghai where Bond is stealthily sneaking up on a rogue assassin in a glass-façade tower, the blue neon lights outside turning the darkness into a surreal space.

Bardem as Silva is the perfect combination of dash and chill, his introductory monologue delivered with calculated menace down to the soft intonation and cool walk. Daniel Craig’s Bond is battle-scarred and weary, but still owns the firmest butt in the business. For once the oomph quotient is significantly muted (or the Indian censors have been at work) and misogyny minimal––although using a woman's head as a target for shooting practice is shocking enough.

M (Judi Dench) is referred to by her wards (i.e., all the 00s) as Ma’am, except it sounds like 'Mum'. So it comes as no surprise when Silva declares, “Mommy was very bad”. She is after all, their presiding matriarch and for once a Bond movie gets a proper leading lady in the form of 77-year-old Dench who steals a march on the dashing boys.