Starting Friday, March 11th 2015, spiritual leader Sri Sri Ravi Shankar's massive cultural festival celebrating 35 years of Art of Living Foundation will kick off in Delhi. The three-day cultural event has seen many Indians express outrage at the cost and environmental damage. Here's what it is all about.

The large three-day cultural event will bring together more than three million followers on the floodplains of Yamuna river – an area considered auspicious and sacred by religious and spiritual followers. But the area is also an ecologically sensitive area and environmentalists fear that the festival pulling millions to the area will cause huge damage to the area.

The three-day event, as it is likely to pull high profile followers of Sri Sri Ravi Shankar and millions of other followers, will be managed by Delhi police where the police forces will be responsible to maintain law and order in the area. In addition, the local government authorities are anticipating possible stampede and are additionally deploying army forces to rescue people in case of a stampede. Also, a lot of planning has gone into managing the traffic in the surrounding area by police authorities.

But that's not all. As part of the festival, the Art of Living Foundation organisers have built a massive stage (1,200 feet) for performances and programmes during the festival. In addition, they have constructed other large structures in the area including big areas to accommodate high profile dignitaries, portable toilets, and many connecting bridges. According to environmentalists, these constructions have created a lot of pollution because of the use of construction machinery and has led to the alteration of the green, grassy land in the area. The festival related construction has used up almost 1000 acres of marshland on Yamuna floodplains.

Ecological watchers have said that the construction has led to the clearing of trees and greenery in the area to level the ground causing irreversible environmental damage.

The environmental activists approached the National Green Tribunal – the Indian environmental watchdog – with their concerns, urging the authority to cancel the festival.

The Delhi-based Tribunal launched its inspection to assess the damage claimed by the environmentalists and concluded that the festival-related construction is likely to have a huge impact on the area. The Tribunal also criticised Sri Sri Ravi Shankar's Foundation for the initiative and also blamed the various local government departments that granted the spiritual leader permission to conduct the three-day festival without formally examining the environmental impact.

Fines Imposed on the Art of Living Foundation

The court has imposed a hefty fine on the Art of Living Foundation of an initial amount of 5 crore rupees (£523,172) for the environmental damages by Friday. But it has not cancelled the event and the festival got the green light. 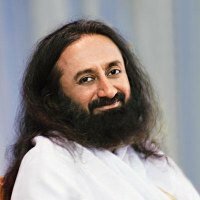 But the organisers of the Art of Living foundation have denied that their festival-related activities has caused significant environmental damage. While Sri Sri Ravi Shankar has said it will not be possible to pay up the full fine before the event kicks off, the Art of Living Foundation has pledged to pay a deposit of 25-lakhs (INR) and has agreed to pay the remainder within three weeks.

"I appeal to all parties to not politicize WCF 2016. It is to unite all cultures, nations, religions & ideologies. Let's come together!" Sri Sri Ravi Shankar said on Twitter

"After the World Culture Festival the Yamuna cleaning project will continue as all our volunteers are excited to make it cleaner & greener," he added.

But environmental concerns by many Indians have been raised on social media sites including Twitter and Facebook criticizing the leader and the government authorities for being insensitive to the ecology.