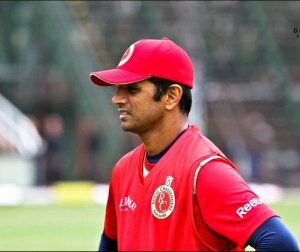 Rahul Dravid, popularly known as “The Wall” of Indian cricket, has indicated that he is open to the idea of coaching the Indian team in future.

Who knows, some day in the future, he is reported to have said. The recently-retired batsman, is the only player, after Sachin Tendulkar, to score a total of 13,000 runs in Test cricket.

Dravid, a former captain, was signed by the Indian Premier League franchise Rajasthan Royals, in 2011. The 39-year-old cricketer holds the second highest run record in Test cricket just behind India's master blaster Sachin Tendulkar. Dravid also holds the world record for the most number of catches in test cricket taken by a single player. he has also been the Indian cricket team's captain during the 2007 cricket World Cup held in West Indies.

His qualities such as being very cordial with the team members, delivering consistent performance and having a sensible match strategy is likely to help him be an effective coach.

Another successful player and the former Indian captain Saurav Ganguly too has expressed his interest in becoming India's future cricket coach. Ganguly or Dada as he is fondly called recently said that he is not closed to the idea of becoming a coach for the Indian team. The 40-year-old former cricketer has been playing for IPL (Indian Premier League) team Kolkata Knight Riders since 2008. Kolkata Knight Riders is owned by Bollywood superstar Shah Rukh Khan. While Ganguly joined as the captain of the IPL team, he was replaced a year later by New Zealand player Brendon McCullum.

Would you like to see Dravid or Ganguly become the Indian cricket team’s coach in the future? Let us know by writing to us at .