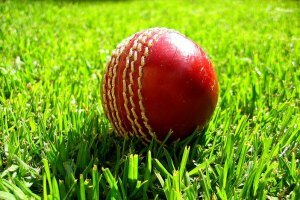 COLOMBO -- West Indies are the ICC Twenty20 World Cup 2012/2013 champions after they beat hosts Sri Lanka in the final by 36 runs on Sunday, October 7, 2012. West Indian Marlon Samuels was declared Man of the Match in the finals and Australia's Shane Watson was named thee Man of the Series.

The fourth ICC T20 World Cup kicked off on September 18 in Sri Lanka. The Indian cricket squad  got eliminated in the Super Eight stage after failing to beat South Africa by a high margin.

West Indies's Marlon Samuels got an early wicket of Australian Michael Hussey while Samuel Badree took Shane Watson's wicket in the fifth over delivering a massive blow to Australia within first five overs.

West Indies won the toss and elected to bat. The last over from Australian XJ Doherty proved extremely costly for Australia as West Indians KA Pollard and CH Gayle scored 25 runs with 4 sixes and that single over. Australia needed 206 runs in 20 overs to enter the finals and had to play at an average run rate of 10.25 per over.

The final match of the Twenty20 World Cup will be held on Sunday, October 7 between Sri Lanka and West Indies.

Sri Lanka has qualified to play in the final of ICC World Cup for the second consecutive time. In 2011, it appeared in the final with India but lost to India.

Super Eight Group 2: October 2 -- India Vs. South Africa [India won by 1 run but is still out of the World Cup making way for Pakistan in the semi-final.]

South Africa won the toss and elected to field. India scored 152/6 in 20 overs. But in order to qualify for the semi-final, India needed to win by at least 31 runs. So India were actually defending 121, but South Africa secured a total of 151 to lose by just 1 run. Yuvraj Singh became Man of the Match in India's final appearance at this year's Twenty20 World Cup series. In an interview, Singh said he dedicates the Man of the Match award to all the cancer patients in the world.

Australia won the toss and elected to field. Pakistan were 149/6 in 20 overs with Nasir Jamshed scoring 55 runs off just 46 balls. Pakistan's strong bowling and fielding performance helped it restrict Australia's score to just 117/7 in 20 overs. Pakistan's Raza Hasan who took two wickets in 4 overs with a strong economy rate (3.50) was declared Man of the Match.

The comfortable win helped Pakistan improve its net run rate (see table below) and add pressure on India to win the match against South Africa by a huge margin.

South Africa and India were both eliminated as a result of Pakistan's win against Australia.

Both England and New Zealand from Group 1 are eliminated as of Monday, October 1, 2012.

It was England's make or break match and after losing to Sri Lanka, England have now been eliminated from the Twenty20 World Cup 2012. England won the toss and elected to field. England needed 170 to win but made just 150 in 20 overs. Sri Lanka's Lasith Malinga was declared Man of the Match.

The match between West Indies and New Zealand tied at 139 runs but West Indies won the super over and the team's player Sunil Narine was declared Man of the Match. New Zealand is eliminated from the tournament.

For the second consecutive day in the Super Eight stage, Australia won the match and Shane Watson was declared Man of the Match. Watson scored 70 runs off 47 balls recreating his batting magic against India the previous day.

This is England's first win in the Super Eight stage with 149/4 in its second innings. New Zealand won the toss and elected to bat scoring 148 runs in 20 overs. England's Luke Wright was declared Man of the Match.

The host team in its second innings scored 130/1 in 15 overs with Mahela Jayawardene scoring 65 (not out) off 45 balls. He was subsequently declared Man of the Match.

South Africa won the toss and elected to bat. It posted a total score of 133/6 in 20 overs. In the closely chased innings, Pakistan scored 136/8 in 19.3 overs winning narrowly. Umar Gul was declared Man of the Match.

Total whitewash! India trounced by Watson, Warner! India won the toss and opted to bat. At the end of Indian innings of 20 overs, Inda are at 140/7 with a run rate of 7.00. Irfan Pathan was India's highest scorer securing 31 runs off 30 balls which included a smashing six and 2 fours. Australia were 141/1 in 14.5 overs. Shane Watson is Man of the Match.

The match between Sri Lanka and New Zealand tied with both teams posting a total score of 174 runs in 20 overs, but Sri Lanka won the super over and Dilshan Tillakaratne was awarded the Man of the Match trophy.

After suffering a humiliating defeat to India in the Group Games, England was expected to make a comeback with a better performance against West Indies. But England lost to West Indies by 15 runs after scoring 164/5 as against the West Indies’s 179/5.

Prior to the Super Eight stage was the Group matches used for elimination purposes.

There were four groups of three teams each.

Highlights of ICC Twenty20 World Cup 2012 match between England and Afghanistan on September 21:

Both England and India from Group A have qualified for the super eights after beating Afghanistan. Afghanistan is eliminated out of the World Cup as a result of losing to two teams in the group.

Highlights of ICC Twenty20 World Cup 2012 match between England and India on September 23:

The Indian team won its first Twenty20 Cup in South Africa in the debut of the T20 series in 2007 and England lifted its first trophy in the 2010 series.