In addition to the Spring sunshine and the warm weather, another treat was in store for Londoners this bank holiday weekend – mango lassi, Indian alphonsos and Indian celebrities at Trafalgar Square and Leicester Square. 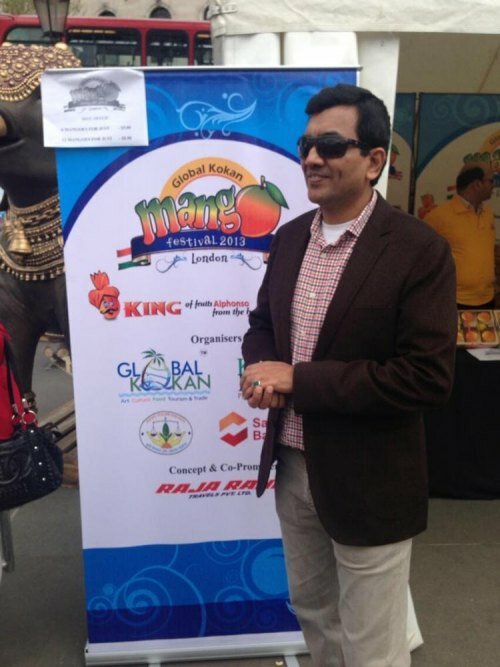 Mayor of London Boris Johnson allowed a delegation from Maharashtra led by celebrity chef Sanjeev Kapoor to celebrate London’s first ever Alphonso mango festival on Sunday, 5 May and Monday 6 May at the iconic Trafalgar Square and Leicester Square.

The delegation packed in some entertainment to celebrate alphonso – the “king of mangoes” as well as to mark the occasion of Baisakhi festival.

According to reports, around 25,000 people participated in the festival enjoying the entertainment, hapoos (regional term for alphonso) and mango lassis.

Indian mango variety – alphonso – is popular outside of India and has appeared in the list of “1000 foods to try before you die”.

UK-based shops specialising in Indian groceries such as Quality Foods and iTadka cater to the alphonso mango demand in the UK while alphonso dishes are included in popular Indian restaurants in London such as the Cinnamon Club. In 1953, it was shipped to London for the Queen's coronation.

According to an article in the Times of India, the alphonso market in India is valued at more than Rs 1,000 crores with a majority coming from exports. The US lifted its ban on the import of Indian mangoes in 2007 after 18 years.

The Trafalgar Square alphonso mango festival was also aimed to promote tourism to Konkan region of Maharashtra known for the pristine beaches, tranquillity and, of course, the mangoes.