Indian-origin billionaires -- Priya Hiranandani Vandrevala and husband Cyrus Vandrevala -- who live in London and socialise with the British royalty are facing a legal investigation into some "£350m missing money". 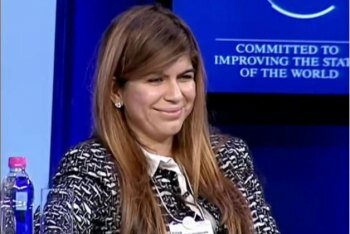 According to a report by The Daily Mail, the billionaire heiress and her property tycoon father Niranjan Hiranandani are being taken to the court for "fraudulently misrepresenting" hundreds of millions of pounds given to their company by investors including HSBC and Standard Life.

37-year-old socialite Priya Hiranandani Vandrevala, has denied the charges against her but the Isle of Man court will hear the case soon.

Priya Hiranandani Vandrevala and her 40-year-old husband Cyrus live in West London's Holland Park area in a £20m mansion. The elite super-rich couple -- termed Bollygarchs -- mingle with the super rich in the UK including Prince Charles and Camilla, the Duchess of York, and Hollywood celebs. Cyrus too is a private equity investor and an international venture capitalist.

The Hiranandani daughter, Priya has inherited her wealth from her billionaire father and popular Mumbai property tycoon Niranjan Hiranandani.

Together with her father, she launched an investment scheme for luxury homes and shopping malls in Panvel and Chennai in 2006. Leading companies including HSBC bank and Standard Life invested £350m into the scheme and the duo's Hirco Inc and Plc named after the Hiranandani. She was a director of Hirco and its chief executive officer from 2006 until December 2010, according to the Isle of Man court.

The angry investors allege that the Hiranandani heiress and her father "conspired in making fraudulent misrepresentations to them, which induced them to invest £350.8 million in two large-scale Indian real estate projects to be developed by entities associated with the Hiranandani family", the court case read.

The allegations also claim that the Hirco boss misguided the investors on the time it would take to develop the land, and both what the land was worth and the returns that the investors could expect from their investment.

The investors allege that "the plots of land were worth no more than £160 million and probably less than that."

The billionaire Hiranandani family are blaming the global financial crisis and property downturn for the failed investment scheme and have strongly denied any wrongdoing.