Just going by the number of brand partners acknowledged at the beginning of Race 2, you already know it’s a money-spinner. Apart from a showroom-full of Audi cars of different sizes, there’s a comprehensive catalogue of eyewear for everyone including Anil Kapoor. 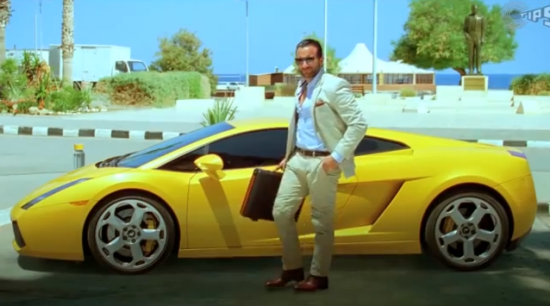 In the first edition of this franchise, Kapoor pretended to be a cop, but in Race 2, he has graduated to providing full-time comic relief of the kind even Kader Khan may have cringed at, in the company of Ameesha Patel who only needs to play dumb

Apart from dealing double-entendres by the heaps, Kapoor doubles up assutradhaar making announcements like, “Yeh Istanbul hai”, “Yeh Armaan Malik hai (and John Abraham gets off his private helicopter on his private yacht in Istanbul; "aur yeh hai uski behen Aleena (thus Deepika Padukone walks off the same helicopter on the same yacht),” and so on in a very sombre voice. (You are forgiven for thinking you're back in the '80s.)

In a subversion of the Bond girl emerging from the ocean theme, Abbas-Mustan shows Saif Ali Khan’s Ranvir Singh strutting out in trunks. They also get Rajesh Khattar to do a full monty (only because the role demands it, of course), allow Abraham to show off his rippling body on several occasions, make Padukone and Jacqueline Fernandez pose in assorted low-cut designer outfits hand-picked by Anaita Shroff-Adajania for this uber-rich fashion show and have them all dancing at a beach party like is the cool thing to do.

But Race 2 is truly landmark for the staggering currency numbers it throws up, the lowest denomination discussed being five million euros. It also educates us on the Shroud of Turin, a sacred artefact that, as Aditya Pancholi points out, even Hollywood movies haven’t dared to steal––is he perhaps suggesting that all global thieves use Hollywood heists as their sacred template? The little plot there is in this mind-bender involves stealing the Shroud for another nearly incalculable sum of money. Much of the currency and bond paper circulating in the film is fake, which leaves no doubt in our heads that this is low-brow fiction of the harmless variety that nobody takes seriously, not even its makers––like playing Monopoly on film. Or is it?

Anyway, it doesn’t matter that everyone in the Race universe is either a hustler or a tycoon, but often both. The moral weight of the film stands behind the least fraudulent of the lot, though that itself is hard to determine, given the constant flip-flops––a narrative device the Burmawala brothers have patented, whereby every fifteen minutes at least one character must switch sides leading to nail-biting suspense.

As and when characters are killed, there’s no investigation of the matter. Ditto for bombs exploding in busy cities. What happens between these six people (and the odd Pancholi or Khattar who exists on the periphery of their lives) has no connection with the world outside of their yachts and five-star resort homes and fancy aircraft etc. And yet, for reasons unknown, India TV reports all their misdeeds faithfully, like audiences back home are thirsting for breaking news about random folk thieving and double-crossing each other in Turkey.

There are many logic (?) and gravity-defying moments in Race 2, but specifically, the dismantling of a bomb underneath a car that’s blazing at top speed across Istanbul’s streets, a street-boxer’s last, bloodiest fight with a man twice his size, from which he emerges with nothing more than a teeny-weeny Band-Aid on his forehead, and the piece-de-resistance––a car flying off an airplane buoyed by four parachutes!!

Abbas-Mustan made halfway interesting films in the 1990s. Now they are doing what all self-respecting Bollywood auteurs are wont to do––parodying themselves till they run out of financiers. Given the turnout for the first-day-first-show of Race 2, that doesn’t seem likely in the near future as the threat of another sequel looms ominously on our heads.

But wait, before that there's Sajid Khan's Himmatwala to contend with.