Home » Politics » Chennai Floods Update: Death toll crosses 280 as fresh bout of rain hits Chennai again
Military personnel have rescued over 7000 people and NDRF rescued over 10,000 as normality yet to be restored in Chennai

It has been raining incessantly in Chennai since the third week of November– the heaviest rain the Indian city has experienced in a century. Chennai rain and floods have so far more than 280 people and left more than 3 million people without power supply, food, clean water or other basic services such as ATMs. Chennai has a population of 6 million people. 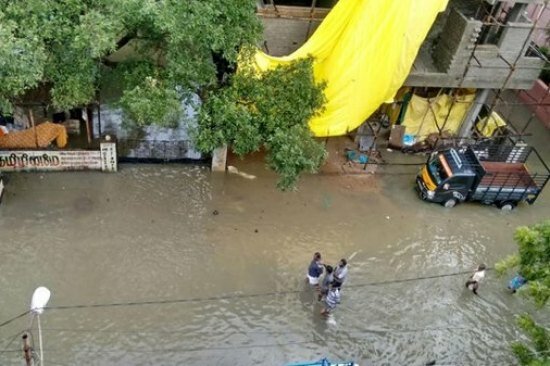 The city received over 345mm (14in) of rainfall within 24 hours earlier this week alone. According to reports, the Chennai floods will lead to economic losses of over £1.5 billion.

Many areas including Mudichur and Tambaram are still under water as rescue efforts pour in from all corners – military personnel, politicians, celebrities and even through activities on social media. 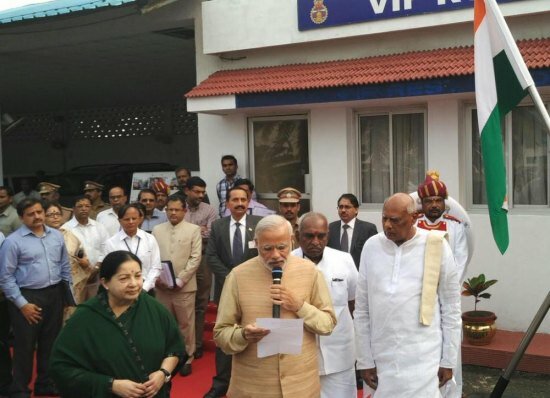 The intensity of the destruction has resulted in Indian military personnel take rescue efforts in their hands with volunteers, NGOs and local authorities working 24x7 to ensure people have basic food, shelter and water. As many as 4000 military people are working in the relief efforts this week, almost double than last week.

The military personnel have so far rescued more than 7,000 people stranded but search for many missing people including women and children continues as rain stopped briefly on Thursday before starting again later on Friday. The National Disaster Response Force have rescued 10,000 locals.

PM Narendra Modi visited Chennai to take stock of the devastation and has immediately released Rs 1000 crore for immediate relief in Tamil Nadu state this week. Earlier, the government of India pledged another 940 crore rupees as relief funds. 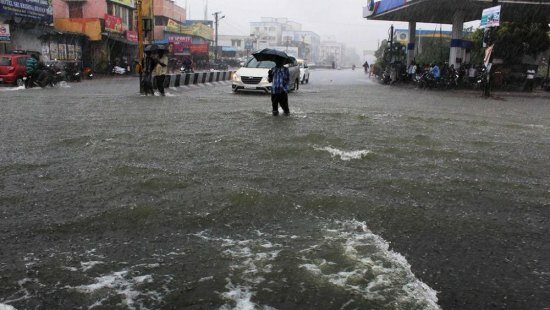 Schools and colleges have remained shut across six districts this week and essential transport facilities have been closed down since November. Following heavy rains flooding the city airport including the runway, flights have been suspended and although special services are allowed during the day time, regular civilian flights will not be restored until water recedes fully and rain stops.

For the first time in its 137 years of history, prestigious Chennai-based newspaper The Hindu was not printed on Wednesday, December 2nd because the staff could not reach the printing press because of huge disruptions caused by rain and floods in the city.

The British Embassy in Chennai remains closed and visas are not being processed as there is waterlogging near the area and to ensure safety of the local staff.

But despite the incessant rains, military personnel and volunteers are risking their lives to save stranded people and supply food and water to the needy.

Celebrities are taking to Twitter to appeal to their fans to donate or physically lend a hand to rescue vulnerable people in Chennai. Rescue efforts are crowdsourced on Twitter under the hashtags - #Chennaimicro and #TNFlood. Leading actors including Siddharth have led an active role in coordinating rescue efforts on social media. The actor's bathroom was filled with water coming out of the drains forcing him to move upstairs.

The Southern Railways have announced special trains to Tirunelveli, Rameswaram and Howrah from Chennai Beach station.

The power supply is also being restored in different areas where water has receded and is safe.

Mobile phone services are slowly being restored after people lost network during the heavy downpour earlier this week. Meanwhile local banks are resuming services with some offering extended Sunday opening services to accommodate the huge demand from local residents.

As per IMD forecasts, rains are likely to continue there between December 5th and December 10th.