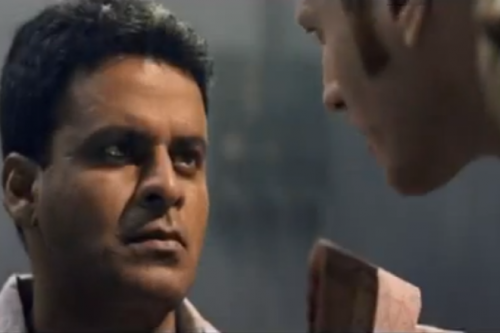 A scene from Chittagong film set in the turbulence of British Raj
Image: YouTube still (chittagongthefilm)

While watching Ashutosh Gowariker's dud Khelein Hum Jee Jaan Sey a couple of years ago, one was left wondering why the director missed the most obvious narrative hook––to tell the story through the eyes of one of the impressionable young boys Surya Sen led to an astonishing and audacious uprising against the British Raj in Chittagong in the early 1930s. For one night and one day, the ragtag Indian Republican Army comprising a handful of committed leaders and a few dozen teenagers took over the entire city after they attacked the police lines, telephone exchange, railway line and armoury.

There were two crucial impediments to their complete success––they couldn't find the machine guns they badly needed in the armoury and because it was Good Friday, the European Club they'd planned to attack was deserted.

Bedabrata Pain's Chittagong is an inspiring version of the same story correcting the crucial narrative and stylistic lacunae of the earlier one. Here, the protagonist is 14-year-old Jhunku (Delzad Hiwale, outstanding), the son of an affluent barrister who actively dissuades him from getting swayed by 'disruptive' forces and sends him to the District Magistrate's (Barry John) house for music lessons. The DM is slightly more sympathetic to his Indian subjects than the rest of the command, hence often summoned to Calcutta for questioning.

Jhunku is torn between the two worlds––the promise of the best English education and the rousing words and unnatural courage of Masterda. The peg is perfect even if this weren't a story based on factual events. A confused boy commits an inadvertent mistake, is consumed with guilt and determined to compensate. He joins the revolutionaries and is rewarded for his courage with a brief victory followed by several years of incarceration in the infamous Andaman prison. He comes back to participate in another revolution, thus keeping his leader's spirit alive.

Chittagong is a study of the influence inspirational figures can exert on young minds. Bajpayee's Masterda is so charismatic, his simple words have a lasting impact on the band. There is tremendous camaraderie in this group and remarkable resilience considering their tender age. What must drive a bunch of boys to risk their lives in a mission fraught with imminent danger? At one point Jhunku says on the voice-over, "I wasn't thinking that my life would end that day. I knew it would."

With half-a-dozen important characters, it is crucial that each one stand on its own. Barry John's DM, for instance, isn't a caricatureangrez. He tries best he can, both to defend his position and somehow prevent the state machinery from crushing these boys. Nirmal Sen (Nawazuddin Siddiqui) develops an attraction for fellow comrade Pritilata (Vega Tamotia) and their brief exchanges of unspoken love are a refreshing change from the "Ishqwala love"-type extravagance of mainstream cinema.

Pain brings the rare quality of calmness to the film's visual design, but doesn't overindulge and stretch the drama even a moment longer than necessary. Cinematographer Eric Zimmerman pauses liltingly, more than once, on the unspoilt forest landscape outside the town which becomes the theatre of a major confrontation between the two adversaries. There is a great deal of poetic beauty and humanist rationale in a story that's essentially about a war.

And a universal, (and dare I say) romantic quality to images of landless peasants rising in defiance of a ruthless state in the film's second uprising, perhaps a deliberate marker for contemporary times.Chittagong closes by telling us what happened to each of the key members of this group. While Jhunku a.k.a. Subodh Roy lived long enough to do an on-camera interview in 2006 about the most important incident of his life, many of the others became communists and later, Members of Parliament. One wonders how that worked out for them after having spent their youth fighting for freedom.