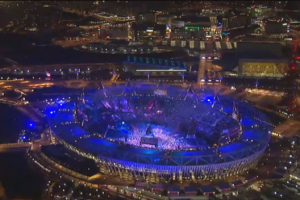 London 2012 Paralympics began on August 30, 2012, a day after its Opening Ceremony Enlightenment inspired the nation.

It concluded on September 9 with new world records set by athletes from around the globe. Here is a quick look at the medal winners, country rankings and the medal counts for Paralympics Team GB and Team India.

Among other major participating countries, the US ranks sixth with 98 medals, followed by Brazil (7th) with 43 medals and Germany (8th) with 66 medals but two gold medals fewer than Brazil. For a brief period on the last day of the Paralympics, the US was among the top five but slipped back to sixth position after Australia won gold medals to regain its spot in the top five countries.

The London 2012 Paralympic Games comes to a close on Sunday, September 9.

On September 8, Oscar Pistorius, the South African sprint runner brought the Paralympic track and field athletics to a close with his gold medal performance in the T44 400m race which was watched by a peak audience of 4.2 million viewers on Channel 4.

In the lead up to the last day of the London 2012 Paralympics, audiences across the UK were brought together through shared cultural experiences in mass, community-wide celebrations of music and dance.

The Paralympics closing ceremony was scheduled for Sunday evening and the cauldron was extinguised at the end of the ceremony signalling the end of London 2012 Olympic Games. The next Olympic Games will be in 2016 held in Rio de Janeiro, Brazil.