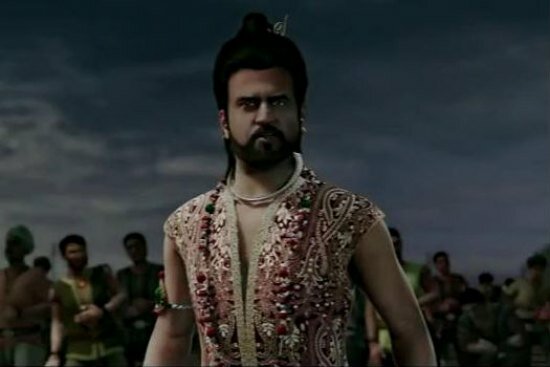 The 3-minute trailer of Kochadaiiyaan shows Rajinikanth donning the title role with opulent costumes, distinctive hair-dos and animated sets. Although inspired by his looks in the blockbuster film Thalapathi, the latest film shows Rajinikanth in a whole new avatar. 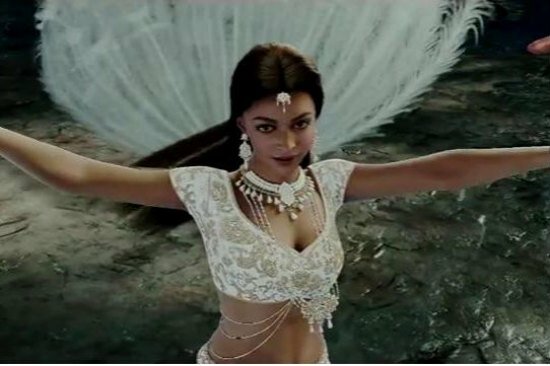 It also presents actress Deepika Padukone and Shobana and actors Jackie Shroff and Nassar in their animated avatars. 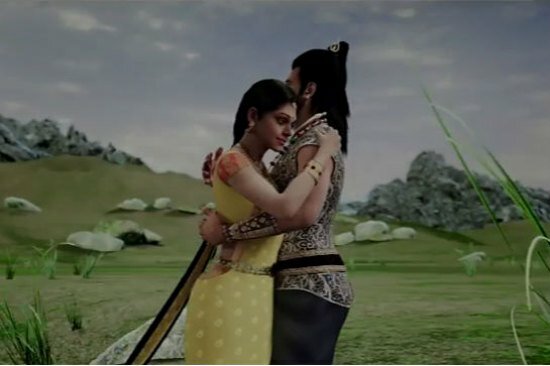 Shobana from a scene in Kochadaiiyaan film
Image: YouTube still

Kochadaiiyaan, in Tamil means a king with thick, curly long hair. It also refers to a seventh century Pandya king called Kochadaiyan Ranadhiran who fought battles against the Chola dynasty.

The "photorealistic" film with a 125-crore-rupees budget shows the thalaivaa in a youthful appearance – the effect that was achieved by creating a 3D scan of the Tamil superstar and then correcting scars and tightening the skin on the 3D model to make him look younger.

The music of Kochadaiiyaan is composed by maestro AR Rahman and was launched to coincide with the trailer launch. 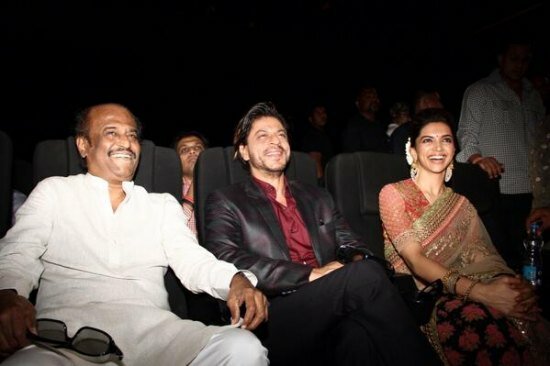 The music launch was attended by thalaivaa himself along with Bollywood superstar Shah Rukh Khan, Kochadaiiyaan director Saundarya and music maestro AR Rahman.

The film's Hindi trailer was also launched on the same day by production house Eros.

The post-production work of Kochadaiiyaan took place in the UK and the US alongside India and the film will have special screenings in London and Los Angeles as well as in south India.

The 3D motion capture animation Tamil film, directed by Rajinikanth's daughter Saundarya is scheduled to release on April 11 worldwide and will be dubbed in several languages including Hindi, English, Bengali, Telugu, Marathi and Punjabi.

Here is the trailer of the Tamil version of Kochadaiiyaan starring thalaivaa Rajinikanth: