The three stars of the upcoming David Dhawan film pleasantly surprised their fans with their playfulness and camaraderie at Korum mall. 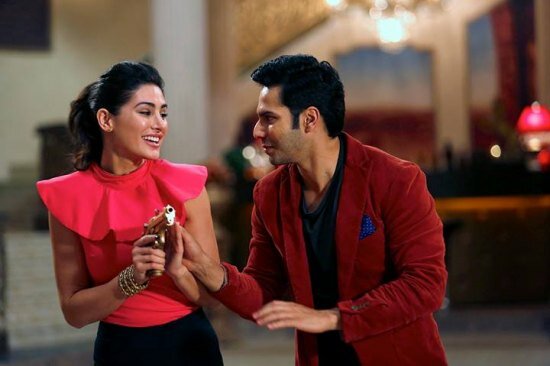 In Main Tera Hero, Varun Dhawan plays Sreenath "Seenu" Prasad - a college dropout but a streetsmart lad; Ileana plays Sunaina and Nargis plays Ayesha. It is a remake of Telugu film Kandireega and has been filmed in London, Bangkok and Bangalore. The actors displayed great camaraderie at Korum mall while promoting the film, pleasantly surprising their fans

The film is slated to release on April 4th and the actors are busy promoting it. Nargis Fakhri was overwhelmed by the fan turnout at Korum mall and said: "What a turn out! Loved to see all of u and felt the love! Wow!"