Evidently, Miller really believes this adage. For, after a dramatic turn of events in his personal and professional life, when even Miller with all his wealth, clout and acumen finds himself pushed to the wall, a young African-American who has staked his life for him asks, "Do you think money is gonna fix this?", he readily retorts, "What else is there?"

In the words of director Nicholas Jarecki, "Miller is a charmer and an operator, he’s also a cutthroat shark." 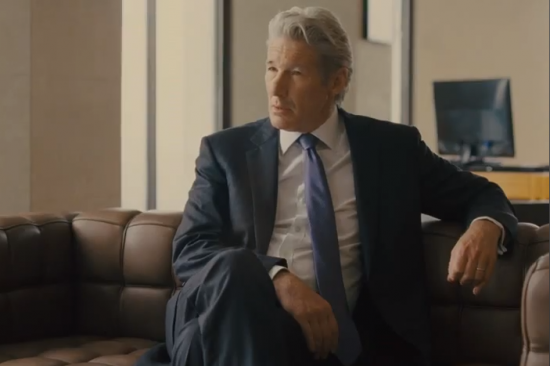 He simultaneously juggles a messy financial situation in his company (in other words, a colossal fraud), a complicated relationship with his French mistress (Laetitia Casta) and a seemingly well-adjusted family life with a wife (Susan Sarandon) who appears to dote on him (or at least ignore his transgressions) and a daughter (Brit Marling) who worships him and is his business partner and successor.

All three women pull him in different directions and Miller finds himself spinning in a vortex of lies and bad choices, yet is somehow convinced that he'll beat the odds.

Is Arbitrage a metaphor for our messy times tarnished by mega financial frauds? It certainly seems to be. But beyond the indictment of big money, it's a great old-fashioned thriller about an accident and a cover-up, a human drama about moral choices (it's not just Miller who has to make them, there are several others) and of love and betrayal. It's stylish in every way -- taut screenplay, crisp dialogues and lush cinematography.

Gere's character Miller is handsome, dashing, cool, super-confident and likable. Even though you can't help judge him, you don't want him to lose the game. It's among gere’s most-affecting performances.

While Sarandon and Marling aren't given much material to play with, both have one scene each, in which they dazzle. An excellent supporting cast includes Tim Roth as a New York detective determined to uncover the truth (or bring the rich to book) and especially, Nate Parker as Jimmy, an unsuspecting youth who gets inextricably embroiled in Miller's web of deceit.

Arbitrage is a superb debut from a self-assured young director and easily one of the best Hollywood releases this year.