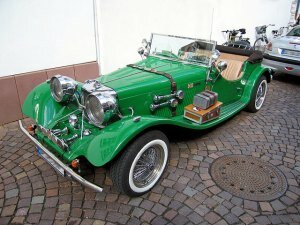 The automotive company has launched a recruitment campaign for production operators on July 25, 2012. This expansion demonstrates Jaguar Land Rover's commitment and investment in the UK,” said Business Secretary Vince Cable.

In the first half of 2012, Jaguar Land Rover sold more than 29,000 vehicles globally, 19% more from the same period last year. All of Jaguar's key markets, including China, UK, USA and Europe reported year on year sales improvements.

“We will continue to invest in new products, develop new technologies and enhance the skills of our employees,” said Ralf Speth, its chief executive.

The company hoped that the launch of new Jaguar models – including the XF Sportbrake – later this year will help it attract more customers as well as support thousands of jobs in the UK supply chain.

The latest recruitment drive is part of the Tata-owned company’s ambitious plan it launched two year ago to hire 8,000 people. It also comes almost a month after it said it will add 4,500 manufacturing and engineering jobs in the UK in the next five years.

This year, the Castle Bromwich facility will manufacture the 2013 models for the XF and XJ ranges which will include the XF Sportbrake model with a load capacity of up to 1675-litres.