There is a human face to every tragedy––even the most violent and horrific ones. A filmmaker has the right to choose his stories and the points-of-view from which he narrates them. For instance, Ramgopal Varma may have a greater fascination for the ten terrorists who landed in Mumbai on 26/11 than any of their victims or those who tried to capture them. Fair enough. 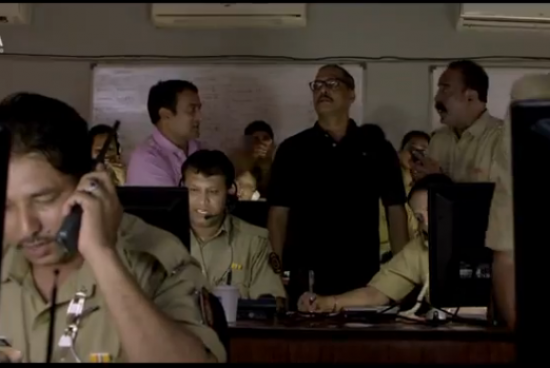 Then he must delineate the story from their perspective, giving us a real sense of who these people were, where they came from and their compulsions and motivations.

Also how they lived through the ensuing carnage. What instructions did their handlers give them while the attacks were underway? How did they cope with the tension and the uncertainty? Was there any regret, remorse or fear? And ultimately, after nine of them died and Ajmal Kasab was captured alive, what transpired till the time he was hanged?

Much of this information should be accessible (and there’s always the option of imaginary recreations to fill the gaps). The feeling that The Attacks Of 26/11 leaves you with though is that Varma has no interest in any of his characters. Nor has he any interest in expressing a general lament on human cruelty, making an ironic denouncement of violence like Michael Haneke does by shocking the viewers in Funny Games, or by using graphic bloodshed as a set-up to accentuate the individual tragedies in Steven Spielberg’s Saving Private Ryan.

It seems as if Varma likes violence for its own sake. He simply enjoys the sound of shooting automatic guns and the sight of blood gushing out of peoples’ bodies; most of all, the terror in their eyes as they succumb to a brutal death. Yet the filmmaker isn’t exactly a harmless kid with a plastic gun. He actually appears to have lost his ability to separate fiction from reality (even granting that facts are sometimes bloodier than fiction can ever conjure).

For him, there is no difference between the gratuitous carnage of Satya and that of 26/11. Except that the former was a script written for the screen (and now we must seriously consider how much of its success really belongs to Varma and how much to writers Saurabh Shukla and Anurag Kashyap), while the latter is a painful episode from recent history that most of us have witnessed at close quarters through extensive media coverage and some of us in Mumbai have experienced even more intimately because we had loved ones trapped in one or the other site. So, as a procedural, the film needed to do more than show 10 men shooting senselessly at key locations around Mumbai (shoddily recreated at that) and hundreds of people falling to the ground in pools of blood.

Who were these nameless victims? Nobody knows or cares. What were the police and government up to? Varma isn’t telling us, beyond making somnolent Nana Patekar deliver a meaningless post-facto speech to an enquiry committee. Major Sandeep Unnikrishnan should consider himself lucky he doesn’t get a mention in the film (the NSG is a mere footnote) unlike Hemant Karkare and Vijay Salaskar who are reduced to extras of the dumb filmi cop variety.

Almost the entire narrative is framed from the terrorists’ side and it starts feeling as though the camera is their voice, or more accurately, mouthpiece to their guns and grenades. The only tidbit we get by way of background is that the Jt. Commissioner (he doesn't have a name in the film) was in the shower when the first firing at Café Leopold happened and he came out baffled, not knowing which of his phones to answer first.

You could argue that every film deserves to be seen for some reason or another, and by and large it’s true. But here’s one that may only appeal to pornographers of human misery who believe nothing is off limits. I fear that Varma's next could be a mockery on the Delhi rape case, acted out in graphic detail, framed from the rapists' point-of-view and capturing the glee in their eyes as a young woman writhes helplessly, with loud Raktha Charitra-type background music amping up the atmosphere.

It’s right up his street.