Bollywood’s Bong beauties Bipasha Basu, Sushmita Sen and Rani Mukherji shimmer in Sabyasachi sarees and traditional jewellery at the 19th Kolkata International Film Festival (KIFF) where they were honoured for their contribution to cinema.

One of the oldest international film festivals in India, KIFF was launched in 1995 and is organised by the Kolkata state government’s film centre.

The 2013 KIFF was held for a week between 10th and 17th November and was inaugurated by Bollywood superstar Amitabh Bachchan. The festival was attended by Indian cinema stalwarts including Kamal Hassan, Jaya Bachchan, Mithun Chakraborty and Shah Rukh Khan. Amitabh Bachchan lighted the diyas alongside Kamal Hassan and SRK.

This year, popular Bong beauties who have made their mark in Bollywood including former Miss Universe Sushmita Sen as well as Rani Mukherji and Bipasha Basu were honoured by Kolkata chief minister Mamata Banerjee (Didi).

The three actors were felicitated on the last day of KIFF as part of celebrating women power. 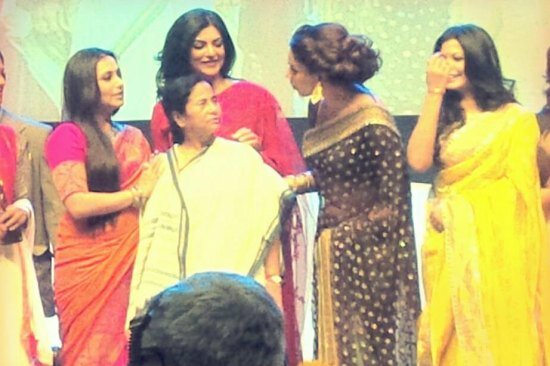 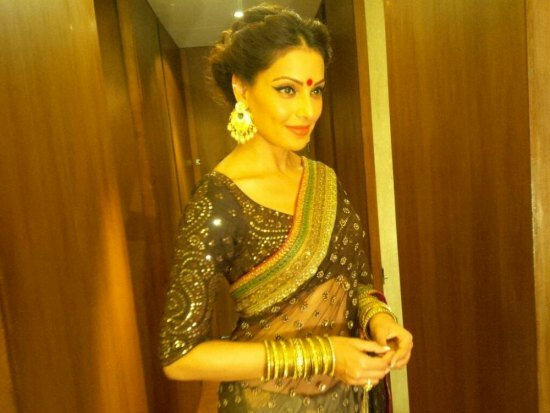 She wore traditional black glittery Sabyasachi saree with chunky earrings and red bindi. She had her hair in an up do.

“Heading to science city with my papa for the KIFF function,” said Bipasha Basu on Twitter.

“Felicitated by Mamata di on behalf of the state of West Bengal for being a woman achiever in Cinema at KIFF,” Basu further said. 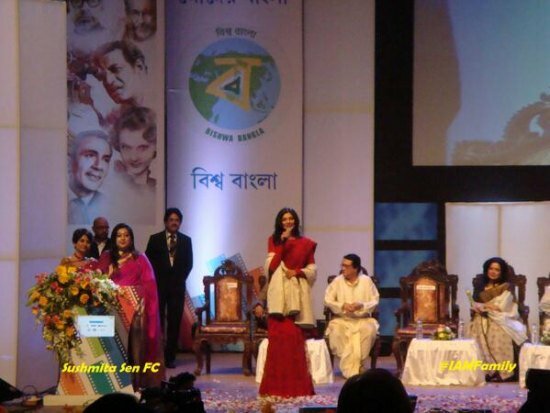 Another Bengali beauty Sushmita Sen was dressed in a red Sabyasachi saree with minimalistic make up but an electric smile.

“I dedicated my award at the KIFF to my father and Mamata Di ever so graciously invited my father on stage n honoured him too:)) what a moment,” said Sushmita Sen on Twitter.

“My deepest gratitude to KIFF2013 for the wonderful honour!!! I will cherish the award and the sentiments behind it...always!!” she added.