The Reading-based Maharashtrian organization hosts its summer cricket competition and fun fair every year in support of a good cause while making sure its members celebrate the summer day together. 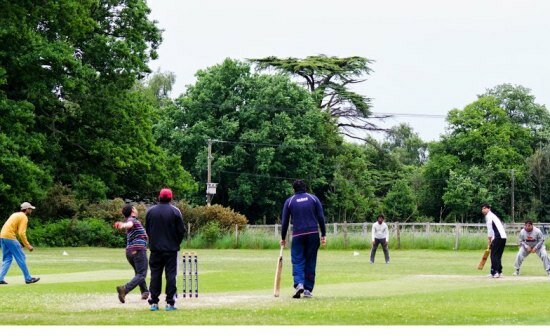 In 2015, MMR raised funds to donate to the Nepal Earthquake Relief.

As always, the 2016 MMR summer fun fair and cricket competition is open to all. Held at Shinfield Cricket Club, Millworth Lane, Shinfield, this year marks the eighth year of the association’s popular cricket tournament for adults. MMR’s Cricket Tournament will kick off sharp at 8am on Sunday, July 17 with adults competing in teams. It will be followed by “Match for Juniors” around mid-day where budding Kohlis and Tendulkars – between 9 and 14 years - can play cricket and sharpen their talents.

Around mid-day, the Anand Mela will be unveiled featuring Indian street food stalls serving Mumbai-Pune chaat (such as vada pav, dabeli, pav bhaji, puran poli and samosa), biryani, and ice-creams and golas. There will also be non-food stalls for the more creatively-inclined to enjoy henna, painting, dainty Indian artistic gifts, and raffle and prize draws. Younger children and toddlers who cannot participate in cricket will also have plenty to look forward to – in the form of slides, climbing frames, kids games, and sweet and ice cream stalls.

According to MMR, plenty of free parking spaces are available at a Car Park at Shinfield Parish Council, opposite to “Bell & Bottle Pub” on B3349 (Less than 5 minutes of walking distance from the Venue).

Last year, the cost to participate in the adult Cricket Tournament was £8 per player while the juniors played for free. The cost for setting up stalls was £20 or £10 for game stalls set and run for kids.

India News Bulletin lauds MMR’s relentless efforts every year to bring community members together to bond, eat and have fun on a sunny Summer Sunday while at the same time raising money for a good cause – this time Help for Farmers. These community bonding days also help the younger generation of Indian children get closer to their community’s heritage, culture, food and values. We hope the weather holds up for Sunday, July 17, 2016 and more people participate in the cricket tournament and Anand Mela.