Bollywood’s sultry actress Bipasha Basu, who is still enjoying the success of her latest film Raaz 3D, has celebrated Durga puja festival with her family in Kolkata. Bipasha was dressed in a traditional Bengali saree complete with a red bindi and traditional jewellery. 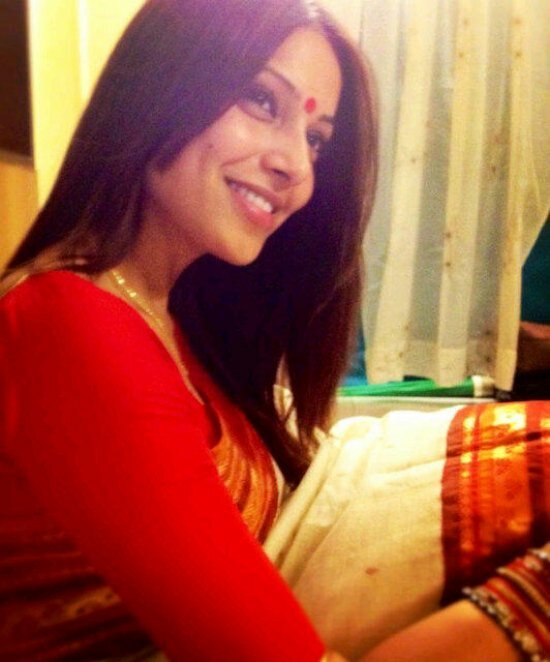 The long-legged bong posted pictures of herself and her family celebrating the Durga Puja and Dussera event in her hometown, on Twitter.

Durga Puja, full with glorious pandals and cultural activities, is one of the biggest festivals for Bengalis in India and is especially celebrated in states such as Assam, Tripura, Orissa, West Bengal, Bihar and Jharkhand.

The 33-year-old actress posted a picture of herself dressed in traditional cream and red Bengali saree with her family members including her mother. “Cherish each moment with your loved ones! In Kolkata for Durga puja! Missing my little sister,” Bipasha said on Twitter. 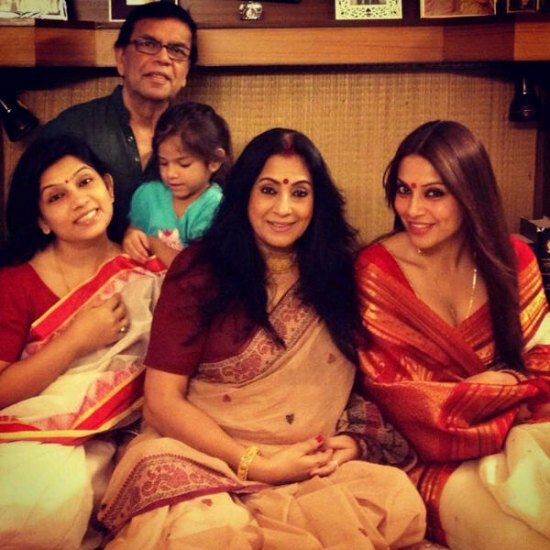 The actress arrived in Kolkata on Sunday. “Now it’s family-time,” she said on Twitter before her scheduled flight.

Bipasha Basu celebrated the festival by visiting brightly-lit pujo pandals in Kolkata. “At our durga pandal with my lil Nia!” she said posting this picture with her neice. The actress also wished her fans “Shubho Dashami and Happy Dussehra” on Twitter. Among the pictures she shared on Twitter, there was one that was clicked by her 5-year-old niece. 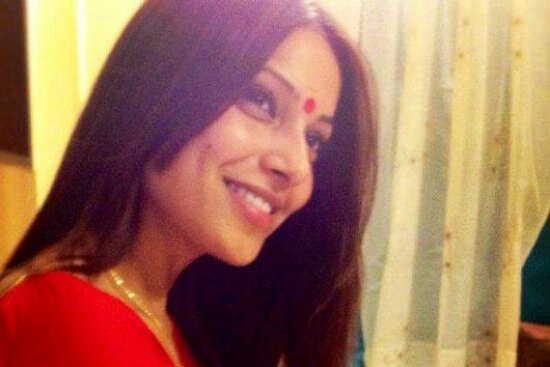 Bipasha, who is fondly called Bips, will be seen in upcoming Bollywood projects including No Entry Mein Entry and Aatma.