The smog in Delhi on November 2, 2016, just days after Diwali celebrations has been rated as the ‘worst smog case in 17 years’ by Centre for Science and Environment (CSE). Visibility continues to remain poor and people including children are choking as pollution peaks in the capital as Delhiites share photos on Twitter. 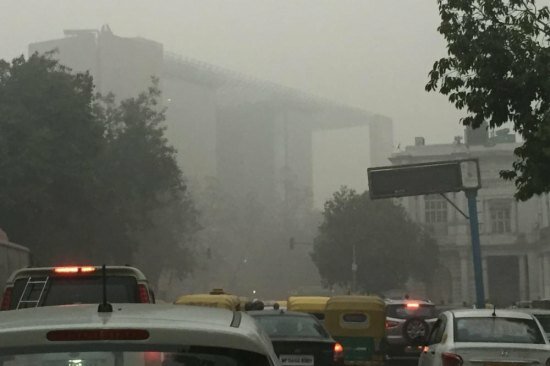 Delhi’s Indira Gandhi International Airport recorded the worst levels of smog in 17 years on November 2, with visibility as low as 300-400 metres. The period between 11AM and 2:30 PM was the worst in the day with respect to airport visibility. The post-Diwali smog reduced the visibility there to 800-1,200 m since October 30

The environmental watchdog calls for Delhi government to issue emergency health alerts and warn children to stay indoors while permanent measures are taken to curb pollution and save lives.

Delhi Pollution Control Committee data shows that levels of PM2.5 have increased by 62.7 per cent on November 2 as compared to that on Diwali. On November 2, the levels were 9.4 times the standard.

What is PM 2.5 in air pollution and what does that mean?

Particulate matter (PM) is a term used to describe the mixture of solid particles and liquid droplets in the air. Some examples include dust, ash and sea-spray.

PM2.5 is also known as fine particulate matter (2.5 micrometres is one 400th of a millimetre). Particles less than 2.5 µm (micrometres) are called PM 2.5. They are approximately 1/30th the average width of a human hair.

Long-term exposure to PM2.5 is said to cause the biggest impact of particulate air pollution on public health. It increases the age-specific mortality risk, particularly from cardiovascular causes, according to UK government.

Exposure to high concentrations of PM (e.g. during short-term pollution episodes) can also exacerbate lung and heart conditions, significantly affecting quality of life, and increase deaths and hospital admissions. Children, the elderly and those with predisposed respiratory and cardiovascular disease, are known to be more susceptible to it.

Below are some photos of Smog and Pollution in Delhi as shared by public on Twitter: 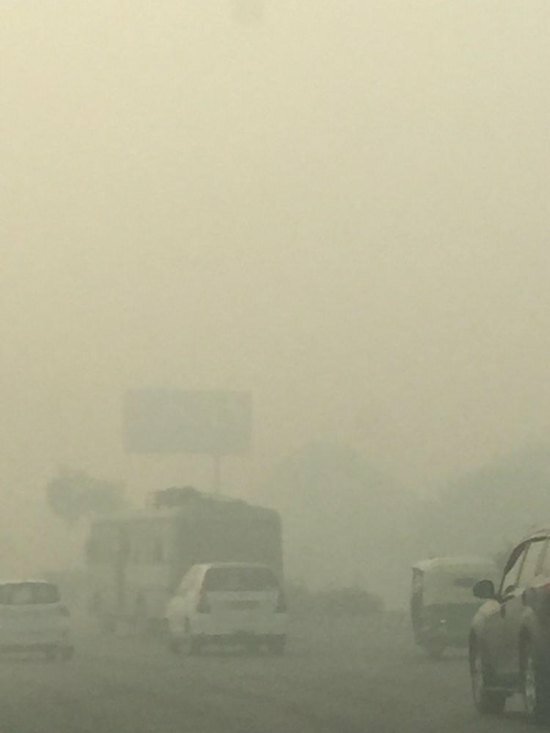 Delhi engilfed in smog - photo shared on Twitter by a local 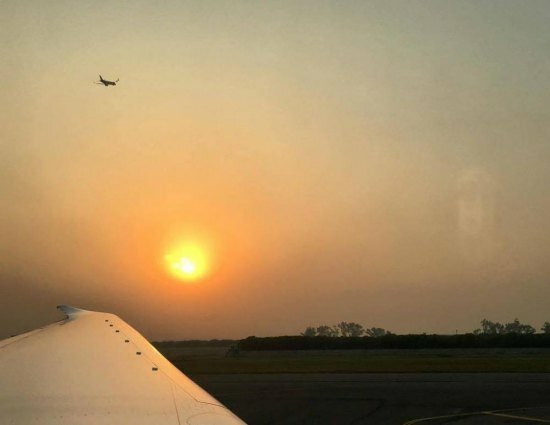 Smoggy sunset shared by a visitor to Delhi city

Look at the smog in Delhi this afternoon.Its an emergency situation.I hope the govts can hear the alarm bell. #RealEmergency pic.twitter.com/1Ia8U1nwr8

She warns: “Delhi needs an effective winter pollution mitigation plan that can make a difference. Without strong action smog is only expected to get worse this winter at serious public health costs.”