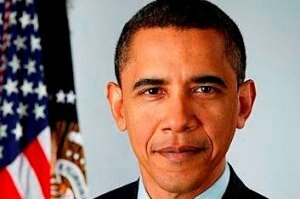 Just days after the US magazine Time called Indian Prime Minister Manmohan Singh an ‘underachiever’, Indian magazine Outlook does the same to US President Barack Obama.

Time, the magazine with world’s largest circulation, featured the Indian PM under the title “The Underachiever – India needs a reboot” on the July issue of its Asian edition.

The cover article called Singh “A Man in Shadow” and suggested that the PM is unwilling to stick his neck out on reforms that will boost the process of liberalisation. "Is Prime Minister Manmohan Singh up to the job?" it questioned. The Time cover fuelled rounds of heated debates in India as well as on Twitter. Following the cover, congress party members and Singh-led UPA government's members highlighted his achievements as a prime minister.

The upcoming Outlook edition -- releasing on July 30 -- features a similar story line for Obama under the title “America needed a reboot”. The Indian magazine suggests that Obama promised hope and change when he first became the president in 2008. But four years since, Obama's “sheen is gone”.

“Can his lofty rhetoric carry him home again?" the magazine asks.

Outlook magazine, based in New-Delhi, was launched in 1995. It is one of India’s four top-selling English language news magazines along with other magazines such as India Today, The Week, and Tehelka.

Outlooks’s editor, Krishna Prasad, told the BBC that its cover on Obama is not a way of defending the Indian PM.

"Some day later, we may say something about David Cameron. We look at the world in a very dispassionate way, like the BBC," Prasad is quoted in the BBC.