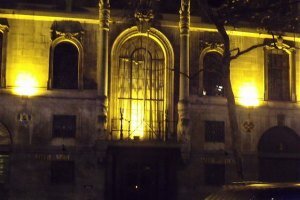 In its bid to clampdown on the increasing number of tax evaders as well as to curb the circulation of black money in the country, India has signed a pact with the UK to exchange information between tax authorities of both the countries.

It will provide tax stability to the residents of India and UK and will facilitate mutual economic cooperation between the two countries.  It will also stimulate the flow of investment, technology and services between India and Britain, according to the High Commission of India to the UK.

Jaimini Bhagwati, High Commissioner of India to the UK and David Gauke MP, Exchequer Secretary to the Treasury in the UK signed a protocol amending the convention between the two countries for the Avoidance of Double Taxation and the Prevention of Fiscal Evasion with Respect of Taxes on Income and Capital Gains (DTAC).

The new pact supersedes the earlier Convention that was agreed almost 20 years ago in 1993.

The Protocol streamlined the provisions relating to partnership and taxation of dividends in both the countries.

The benefits of the Convention would also be available to partners of the UK partnerships to the extent income of UK partnership are taxed in their hands. Further, the withholding taxes on the dividends would be 10% or 15% and would be equally applicable in UK and in India.

It would help in the collection of taxes and will include provision for taking measures of conservancy.

It also incorporated anti-abuse (limitation of benefits) provisions to ensure that the benefits of the Convention are not misused.  Both the countries would further sign a Memorandum of Understanding (MoU) to expedite exchange of information and assistance in collection of taxes.