HRH Princess Charlotte was born to the Duke and Duchess of Cambridge on Saturday. The princess is sister to Prince Goerge, third in line to the throne. Dr. Sunit Godambe was also part of the team delivering royal baby boy - George Alexander Louis – the Prince of Cambridge, born in 2013.

Dr Godambe, registered in the UK as a qualified healthcare professional since 1997, specialises in neonatology. His interests include care of the newborns and care of premature infants.

He practices at Queen Charlotte's & Chelsea Hospital and St Mary’s Hospital and also provides private consultancies at the private Lindo ward at St Mary’s. According to reports in the Indian media, Dr Godambe completed his MBBS from Mumbai’s Topiwala National Medical College.

Royal baby girl was born in the morning of Saturday weighing 8 pounds and 3 ounces. As both Kate Middleton and the baby girl were doing well, they were discharged on the same day and the Princess spent her first night at Kensington palace and was visited by thr Queen and Kate's sister Pippa Middleton. Prince Harry is yet to see the royal baby niece. The Duke and Duchess of Cambridge showed the world the new baby just outside St Mary's hospital. The Duchess was wearing a summery Jenny Packham frock and looked gorgeous, drawing awe-inspiring admiration from around the world. 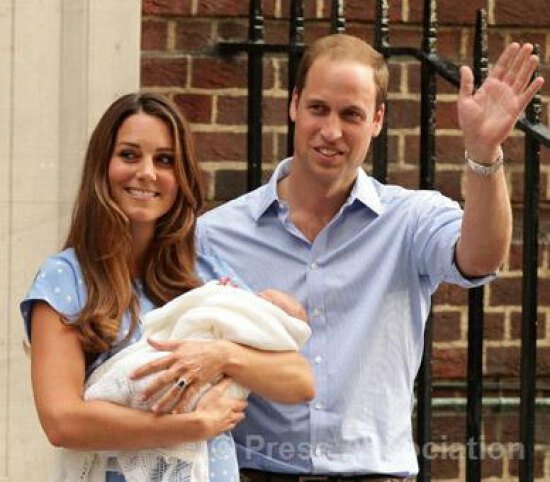 Setchell, 69, has held the royal medical role for twenty years and has helped royals including Sophie, Countess of Wessex deliver her daughter Lady Louise at eight months. He has also overseen the Countess deliver her son and oversaw the Duchess of Cornwall, Camilla’s hysterectomy.

“We would like to thank the staff at the Lindo Wing and the whole hospital for the tremendous care the three of us have received,” said the Duke, Prince William in a statement.

The royal baby spent the first night with its parents and the medical team at the Paddington hospital and its second night at Kensington Palace. The family of three including the Duke, Duchess and the prince have travelled to Kate Middleton’s home in Bucklebury on Wednesday to spend a few days there.

While the world celebrated the birth of the third in line to the throne, it has been, so far, visited by both sets of grandparents, Duke’s brother Prince Harry as well as the Queen ahead of her summer holiday in Balmoral Castle and Estate, Scotland. Reacting to the birth, the Queen said she was “thrilled” to welcome her great grandson.

Prince William said that the couple was still “working on the name” for the baby and that it won’t be long before the baby is named. Some of the top names doing the rounds were George, James, Alexander, Henry and Edward. The couple stuck to the royal protocol in naming the baby, calling it George - the queen's father's name. its second name Alexander is said to be Kate's favourite name.

Previous Indian connections have been established between India and the British royal family with an ancestry testing company called BritainsDNA revealing that the future king, Prince William, is the direct descendant of Indian woman Eliza Kewark and that he carries her DNA.