Home » News » Miss Universe 2015 Epic Gaffe! Wrong Country Crowned Miss Universe in the Live Show
Miss Columbia, the runner-up was wrongly announced the winner but had to surrender her title to Miss Philippines 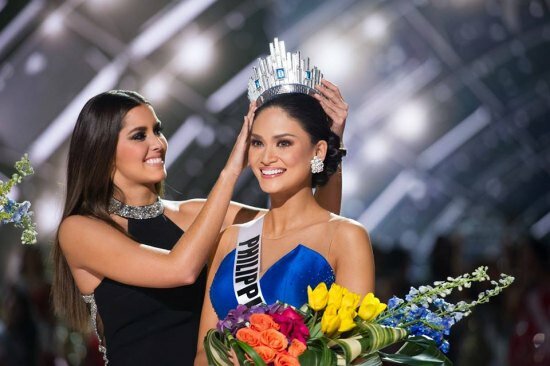 Miss Columbia, Gutierrez was crowned at the live event in Las Vegas as Miss Universe 2015 among 88 contestants but later had to surrender her crown to Miss Philippines as audience and television viewers from around the world watched in disbelief. Miss Philipiines, herself in shock, accepted the title gracefully and calmly as Miss Columbia looked on sportingly. Many viewers, especially those from Columbia and Philippines took to social media to express their disbelief at the gaffe which was embarrassing for the two contestants.

The moment when Miss Columbia was crowned Miss Universe 2015 before the host said sorry it was a mistake. Miss Columbia ended up as the runner-up

#MissUniverse2015 fast became Twitter's biggest trend that night and continued to remain on top till the next day. 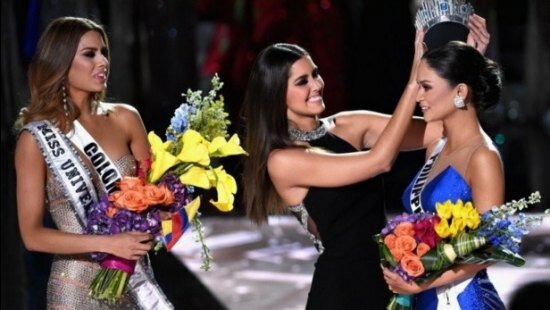 On Miss Universe's official Facebook page, a backstage video of runner up Ms Gutierrez (Miss Columbia) shows her saying: "Everything happens for a reason so I'm happy for all that I did," as she wiped her tears.

Meanwhile, the winner Ms Wurtzbach wished Miss Columbia well for everything she will choose to do following the pageant. On being the true Miss Universe 2015, Miss Philippines (Wurtzbach) said, "It was a very non-traditional crowning moment. It was very 2015."

One viewer said (on the same Facebook page): "I feel horrible for Colombia because it had to unfold in front of the entire world." While another said: "That was poorly handled. And both of these gorgeous ladies deserve an apology because that was embarrassing for both of them."

The host Steve Harvey has apologized and said that the gaffe was "his mistake" and that he takes full responsibility for not reading the winning card correctly. Harvey was criticized by many viewers on Twitter and Facebook.

"I'd like to apologize wholeheartedly to Miss Colombia & Miss Philippines for my huge mistake. I feel terrible," he said on Twitter. The message was re-tweeted more than 75,000 times.

I'd like to apologize wholeheartedly to Miss Colombia & Miss Philippines for my huge mistake. I feel terrible.

"Miss Philippines didn't get her shining moment and miss columbia thought she won. But for everyone hating on the man who messed up don't. He obviously didn't mean to and no one can imagine how awful he must feel. So please don't make hate on anyone," said another viewer on social media.

In another related Miss Universe 2015 news, Miss India Aditi Arya did not make it to the top 10 finalists in this year's pageant.