Hours before London 2012 Olympic Games’ opening ceremony, a group of people are staging a ‘Justice for Bhopal’ protest at the main entrance gate of the Olympic Park venue over Dow’s sponsorship deal. Read more

Mayor of London Boris Johnson has hit back at US presidential nominee Mitt Romney’s reservations about Britain’s readiness to host the Olympic Games by reiterating that London is indeed ready. Read more 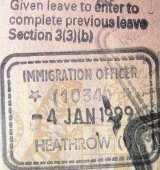 Six British Asians have been convicted of offences relating to insider trade dealings in what was the “longest and most complex prosecution” brought by the FSA to date. The defendants will be sentenced on Friday July 27, 2012. Read more

If you think Indian steel magnate Lakshmi Mittal’s ArcelorMittal has nothing to do with CERN scientists’ discovery of Higgs boson-like God particle that may have answers to how the universe was formed, think again. Read more

Captain Lakshmi Sehgal, a freedom fighter and a close aide of Indian independence hero Subhash Chandra Bose, passed away on Monday, July 23. She was 97. Read more

The trademark war between British newspaper Financial Times and Bennett, Coleman & Co. Ltd.’s The Times of India has hit a new low as the FT launched a newspaper advert to hit back at TOI’s new supplement with the same name. Read more

Virat Kohli’s century may have propelled India to score its victory in the first ODI against Sri Lanka but the Indian cricket squad received a setback after it was fined for maintaining a slow over-rate during the match against the hosts. Read more