The UK government has launched a pilot scheme offering universities a range of specialist immigration services such as helping them check whether or not a potential student is eligible to come to the UK. Read more

Breaking his silence on the continuing exodus of north-eastern people living in the southern cities, the  Indian Prime Minister has said that the government is committed to bring an end to this feeling of insecurity among people from the North-East. Read more

The UK’s HM Revenue & Customs (HMRC) has published photographs of Britain’s “most wanted” tax fugitives online for the first time. The list of tax criminals features an Indian, UK Pakistanis, UK Tunisian and Ukrainian among others. Read more

Despite reassurances from Indian Home Secretary RK Singh, as many as four thousand people from Assam, India’s north-eastern state, have fled from the southern city of Bangalore amid fears that they will be targeted in ethnic and religious attacks. Read more

Cabernet Sauvignon, Chenin Blanc and Sauvignon Blanc from India to go with your curry

UK Indian entrepreneurs Alok Mathur and Melvin D’Souza are men with a mission – they want the Indian wine industry to make it big on the international stage, just like the Indian curry industry. Read more

On India’s Independence Day, Prime Minister Manmohan Singh promised economic growth, transparency, inflation control and improvements in poverty and education but did not provide the government’s strategy to overcome these challenges. Read more

IT workers at computer services firm Capita have voted for strike action over work being sent to India as well as for a compulsory redundancy plan. Unite, the British trade union, has called on Capita to withdraw its offshoring plans. Read more 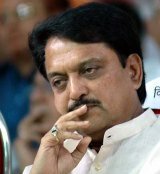 Union minister for Science and Technology and former Maharashtra chief minister Vilasrao Deshmukh has passed away on Tuesday, August 14 in Chennai. Deshmukh was 67. Read more