June 21st 2015 was observed as the International Yoga Day. Millions of yoga enthusiasts around the world practiced Yoga moves in a united rhythm on Sunday, June 21. And Britons in London and other UK cities attended Yoga events in throngs. 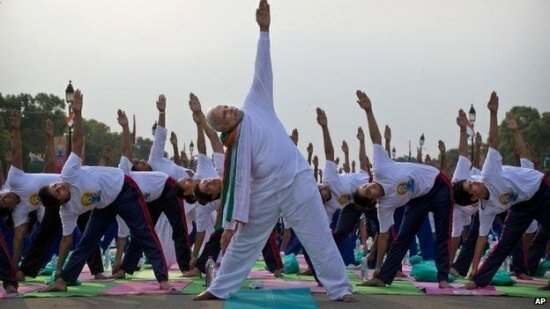 After Indian Prime Minister Narendra Modi lobbied the United Nations to declare 21st June as World Yoga Day, the concept was embraced by everyone world over.

Modi led the yoga event in Delhi on 21st in India who was joined by other cabinet members, foreign diplomats and enthusiastic Delhiites. Thousands of people with mat and white outfits celebrated International Yoga Day under iconic global landmarks – Eifel tower, Times Square, and London Southbank. 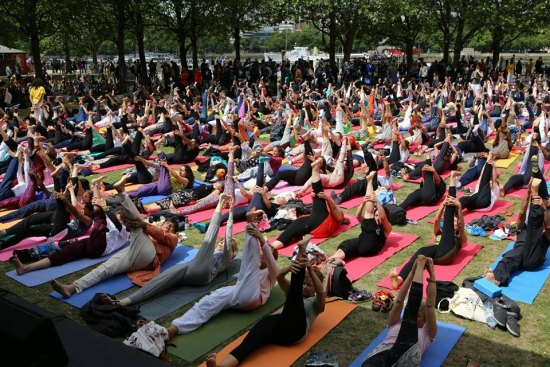 Meanwhile in London, hundreds of yoga enthusiasts took over London’s Southbank, attending a series of free yoga classes hosted by India Tourism and the High Commission of India in celebration of International Day of Yoga. 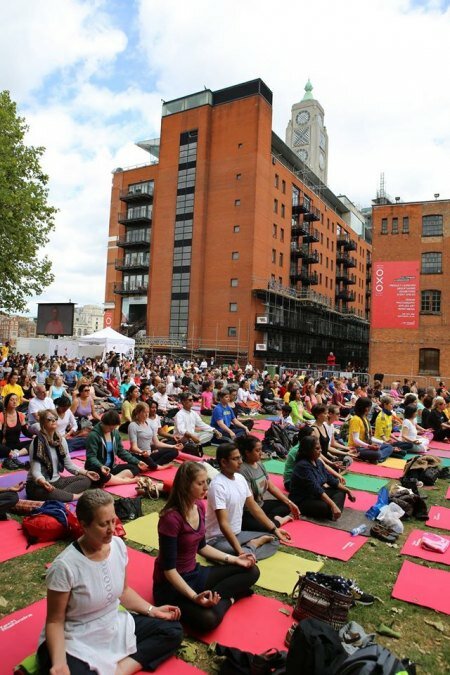 With classes suitable for all abilities and ages, the day provided yoga sessions taught by some of the yoga-world’s most inspirational instructors, starting with a short Hatha (breathing) yoga class and family yoga class by the British Wheel of Yoga, an iMeditate session with Art of Living before finishing with a yoga class by Sivananda Yoga Vedanta Centre. 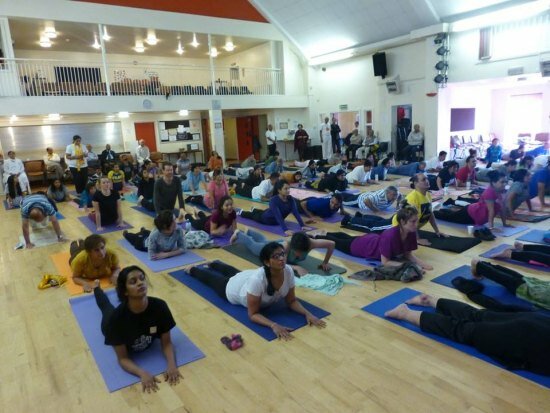 Yoga celebrations continued in other UK cities including Nottingham

Ranjan Mathai, India High Commissioner to the UK said, “With the British Wheel of Yoga as our partner, the High Commission of India launched celebrations to mark International Day of Yoga on June 21. 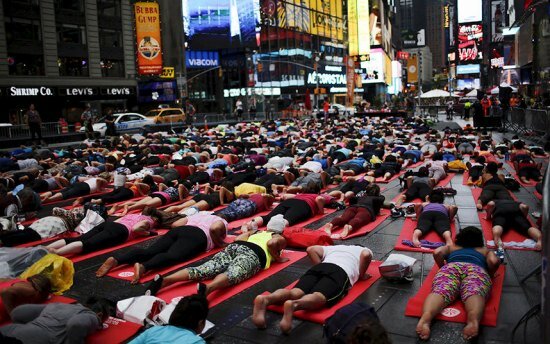 “This is one of at least 35 major events taking place across the UK and we are thrilled that yoga will now be seen by millions more in the UK, beyond the millions who already benefit from it.   This gift from India will now become universal.”

Prime Minister Modi called for the adoption of 21 June (also marking the Summer Solstice) as a day to celebrate and recognise the invaluable gift this ancient Indian tradition has upon the mind and body. Yoga is a physical, mental and spiritual discipline that not only tones the outer and inner body through the circulation of blood to organs and muscle, but also relaxes the mind through breathing techniques. 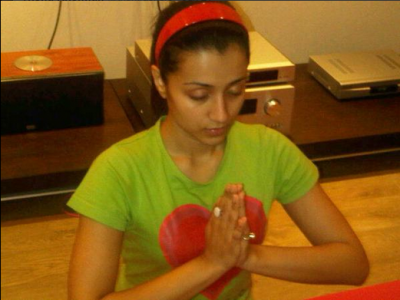 Even celebrities and stars joined the rest of the world in marking the World Yoga Day. South Indian actress trisha Krishnan, who is a staunch Yoga fan uploaded her Yoga performing pictures on Twitter. 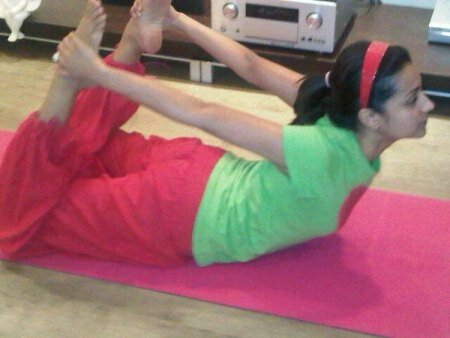 PM Modi had said, “Yoga is an invaluable gift of ancient Indian tradition. It embodies unity of mind and body; thought and action; restraint and fulfillment; harmony between man and nature and a holistic approach to health and well-being. Yoga is not about exercise but to discover the sense of oneness with ourselves, the world and Nature. By changing our lifestyle and creating consciousness, it can help us to deal with climate change. Let us work towards adopting an International Yoga Day.”