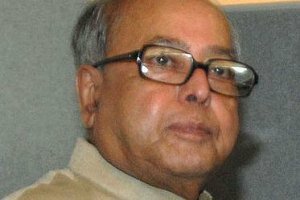 Mukherjee, 76, is set to win after gaining the support of Congress’s local allies as well as some parties within the BJP-led Opposition's National Democratic Alliance (NDA).

Mukherjee was, most recently, India's Finance Minister in the UPA (United Progressive Alliance) government. But he stepped down from his post in June 2012 ahead of the presidential election. Prime Minister Manmohan Singh took over the Finance Ministry since then.

The Congressman has previously held other governmental portfolios such as the role of Defence Minister and Foreign Minister. In 2008, he was honoured Padma Vibhushan, the second highest civilian award of India, for his contributions.

UPA presidential nominee Pranab Mukherjee has registered an early lead over rival P A Sangma even as counting is underway on Sunday. Mukherjee has received an overwhelming support from the Members of the Parliament, securing a vote value of 4,00,484 as against Sangma's 1,46,308. Sangma's supporters include MPs from the Opposition party BJP. The winning candidate will be sworn in as the next president of India on Wednesday , July 2f, 2012 replacing current president Pratibha Patil.