Bollywood star and one of India's most influential fashion icons Sonam Kapoor was a fitting choice to unveil this year's BMW India Bridal Fashion Week on Friday. The Bollywood fashionista looked a vision in designer duo Abu Jani-Sandeep Khosla's bridal couture who showcased their collection at IBFW after five years. 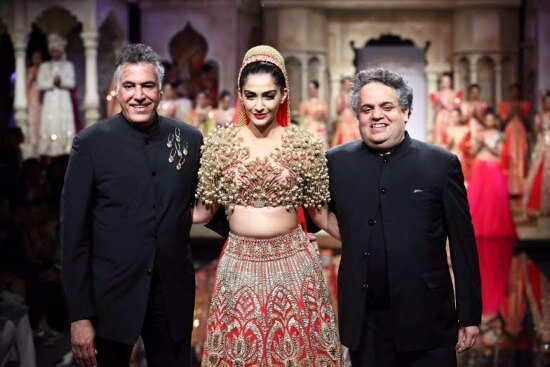 A large number of fashion A-listers and trend followers who came to witness the opening of the prestigious bridal fashion week in Delhi were treated to a glimpse of the Bollywood fashion diva. Sonam Kapoor was picked as the showstopper by Abu Jani-Sandeep Khosla to showcase their bridal collection. 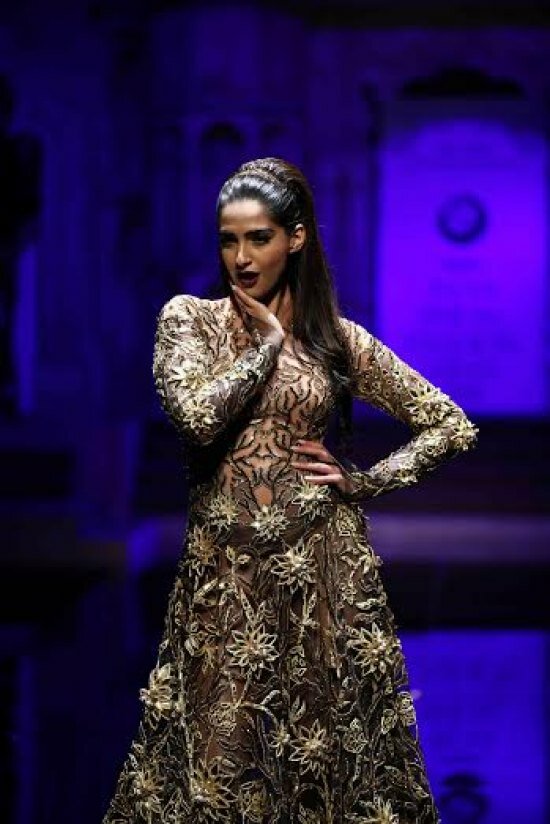 Sonam inaugurated the show in the designer-duo's Black Lotus Pond gown – fit for the Oscars - featuring a black net and a bunch of golden 3D lotuses. Sonam accentuated her look with a bouffant ponytail and electric maroon lipstick. 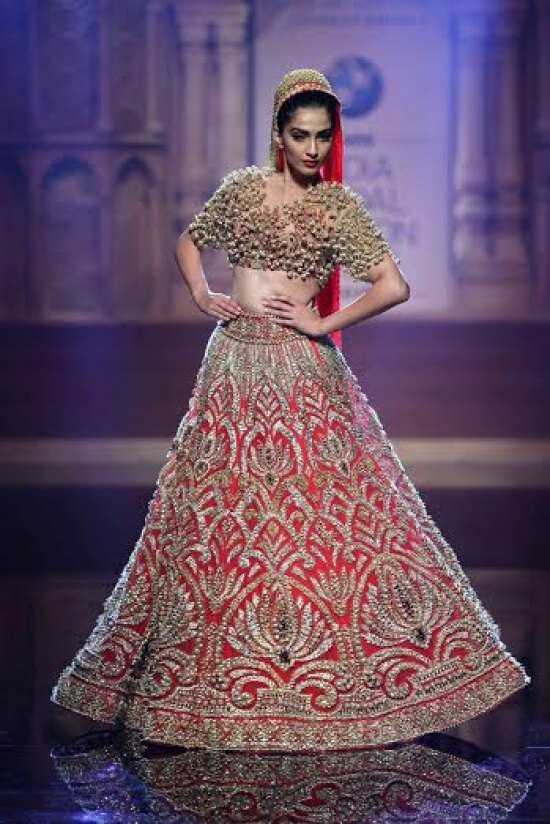 The designers paid homage to Varanasi through their latest collection and they transported the audiences to the ancient city by recreating the famous ghats of Kashi with their bridal wear collection that combined the contemporary and traditional to suit the timeless, mystical and a new-age bride. 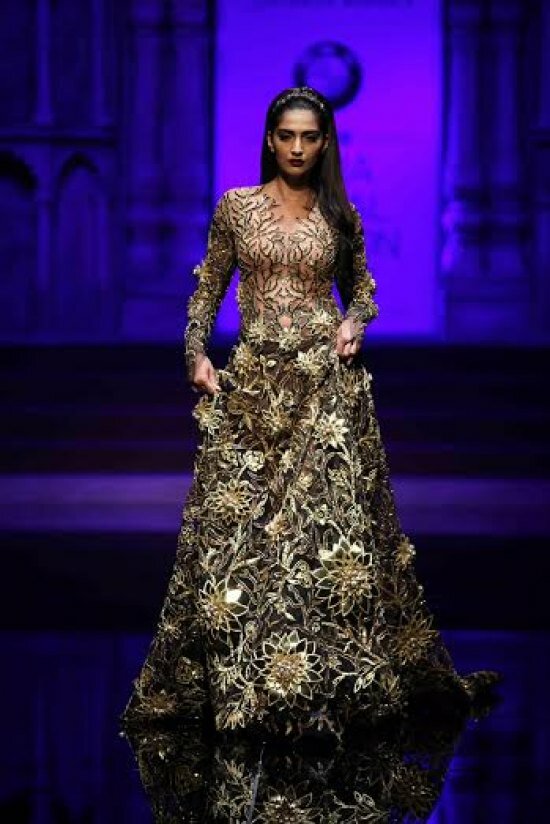 The collection was designed to showcase the rich legacy of silks, brocades, gold and silver thread work and carpet weaving that the city Varanasi is renowned for. 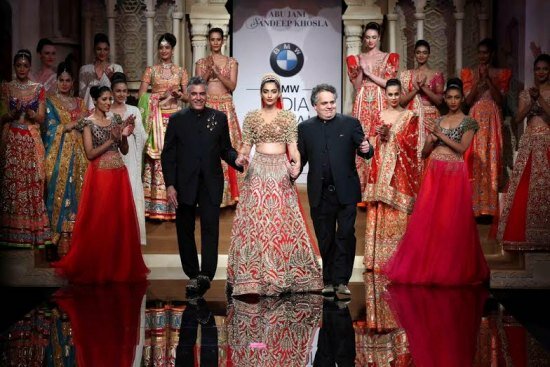 Their show came to a conclusion with Sonam sashaying on the ramp wearing a magnificent red bridal lehenga. Sonam, with her sense of fashion, decided to leave out ornaments so that the heavily embroidered skirt and the jewel encrusted choli could have maximum impact.

She covered her head with a bright red encrusted dupatta and wore matching lip colour. When she walked on the ramp flanked by the designers, the whole auditorium echoed with thunderous applause.

Talking about their latest collection, Abu Jani and Sandeep Khosla said: "Every collection is precious to us, Varanasi like all others before it is a result of magical inspiration and myriad impressions translated into creative expression in the form of couture. That means putting everything of ourselves into creating. Last night's show went like a dream. We are thrilled with the appreciation it received. And it was of course, fabulous to show in New Delhi after five years."