Suhana Khan, daughter of Bollywood superstar Shah Rukh Khan plays Cinderella in what looks like a school drama production. The 2-minute video has leaked and gone viral on social media with many fans commenting that ‘acting is in the genes’. 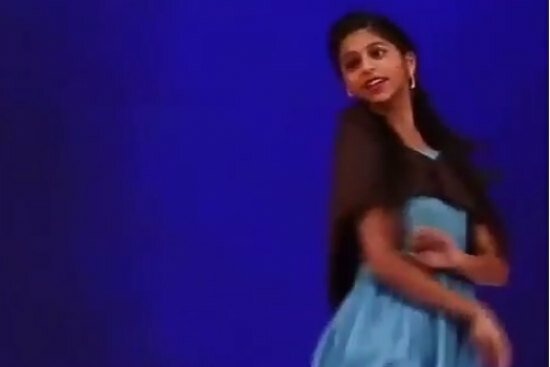 Suhana Khan, 16, portrays Cinderella with a modern twist – she is not the meek, docile, beautiful orphan girl, instead Suhana plays Cinderella as a self-centered, vain, spoilt princess. The teenager portrays the character beautifully according to the fans. Suhana is seen wearing a royal blue gown with a brown poncho. Her make-up is simple and she sports long hair.

Here are the leaked videos of Suhana Khan playing Cinderella that is going viral on Twitter:

And here’s another one:

So far it is not clear if SRK’s older children Aryan Khan and Suhana Khan will pursue acting as career or not, but this leaked video of the budding actor has prompted fans to speculate she may well follow her father’s professional footsteps.