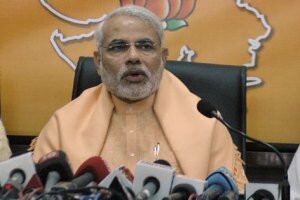 The UK has ended its boycott of controversial Gujarat chief minister Narendra Modi, ten years after the 2002 religious violence in Gujarat which killed over 1000 people. The British High Commissioner to India, James Bevan, met Modi on Monday, October 22 marking UK’s first meeting with the leader in a decade.

Bevan’s visit to meet Modi and discuss opportunities around trade and mutual co-operation comes 11 days after the UK first announced that it will end the 10-year boycott of Narendra Modi government.

Alongside the UK, many other western governments had also imposed a boycott of Modi after the riots. In the violence, three British citizens of Gujrati origin were also killed. According to the  western governments, as a chief minister, Modi had not taken measures to resolve the religious tensions between the Hindus and Muslims in Gujarat.

The UK is reviving its ties with the Gujarat minister to explore trade and investment opportunities in  one of India’s fastest developing and economically advanced states.

Modi welcomed the UK government’s initiative to strengthen relations with Gujarat. “Had a great meeting with UK High Commissioner, Sir James Bevan to strengthen Guj-UK ties in economic & social sectors,” the minister said on Twitter after the meeting.

However, according to the BBC, the relatives of the British citizens who died in the riots as well as some human rights groups have criticised the UK government’s decision to end the boycott.