In its latest crackdown on illegal immigrants, UK's border force has imposed a financial penalty of £10,000 on a beauty parlour in London's Ealing borough for employing a 24-year-old Indian woman who was working without an appropriate visa. 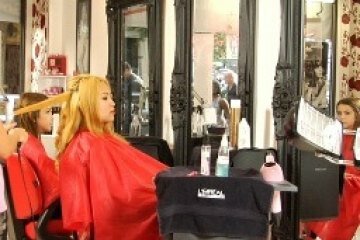 Acting on intelligence, UKBA officials visited Amia Beauty Salon at The Mall in Ealing, London to check if the workers had the right to be in the UK. Following investigations, officers arrested a 24-year-old Indian woman who was found to be working in breach of her visa conditions.

Amia, which also runs a beauty academy, offers Asian beauty treatments such as Henna and Asian threading treatments as well as bridal make-up.

All those arrested were detained pending removal from the country.

Both the businesses now face a financial penalty of £10,000 per illegal worker unless they prove that the correct right-to-work checks were carried out.

"Businesses in west London which follow the rules have nothing to fear, but those who either deliberately employ people with no right to work or fail to carry out the legally required checks on their staff should expect to face heavy financial penalties," warned Shahen Galichian from the Home Office.

"Illegal working has a negative impact on communities. It defrauds the taxpayer, undercuts honest employers and cheats legitimate job seekers out of employment opportunities. I would urge members of the public with information about suspected immigration abuse to get in touch," Galichian added.