Aishwarya Rai Bachchan’s fans have a treat as the beauty queen’s so called 'slam book page' is revealed on social media and is going viral.

The page - apparently from a past issue of Stardust - talks about Aishwarya’s likes, dislikes, strengths and what she thinks of love to her fans’ delight who believed it is her slam book page. 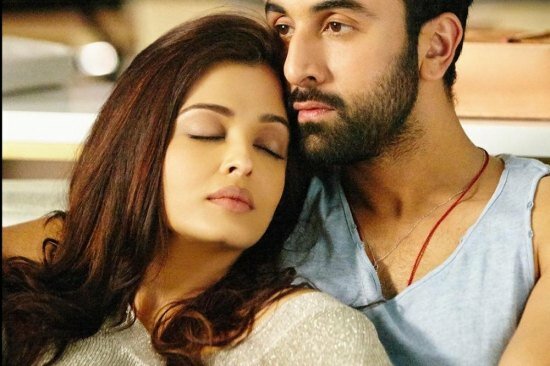 Aishwarya Rai Bachchan will be seen playing a glamourous, romantic character in ADHM

42-year-old Aishwarya Rai Bachchan will grace the silver screen this Diwali in a romantic role as Saba in Karan Johar’s Ae Dil Hai Mushkil. The former Miss World’s popularity has soared to new levels especially in the wake of ADHM as the actress reprises a glamourous and romantic role after a long gap. It is amid this fervor that her reported slam book page is doing the rounds on social media. 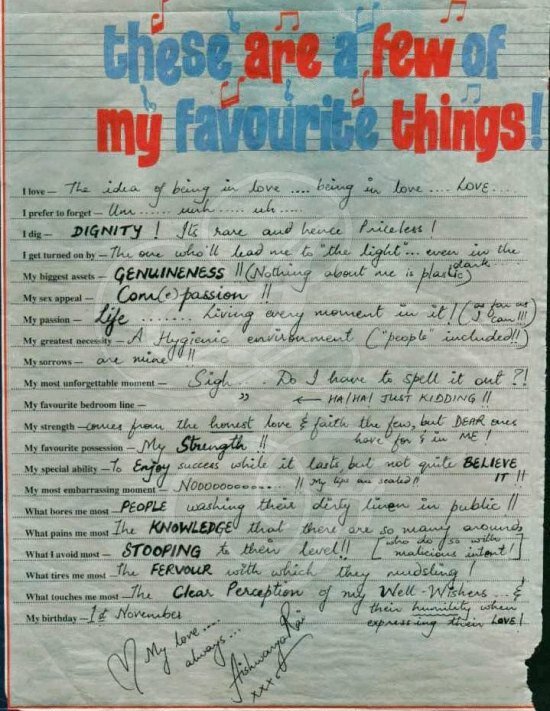 In the viral page shared by one of her fans, the ADHM actress talks candidly about few of her favourite things in pretty handwriting. In it, Aishwarya says that she loves “the idea of being in love; being in love; and love”. She also says that her sex appeal is her compassion. She also shares her birth date (1st November) and says what touches her most is the “clear perception of my well-wishers”. The page also features her signature. The responses suggest that the actress has filled out the page after gaining popularity but it is not yet clear if it was during her Miss World and modelling days or if it is after making her Bollywood debut.

In the page doing the rounds on Twitter, she also talks about her sorrows, her strengths, most embarrassing moment and more. Go find out for yourself!