Australian Prime Minister Julia Gillard who is on a three-day state visit to India between October 15 and October 17 has touched down in New Delhi. Gillard will meet Prime Minister Manmohan Singh, Congress Party President Sonia Gandhi, and senior ministers to discuss trade and investment ties. 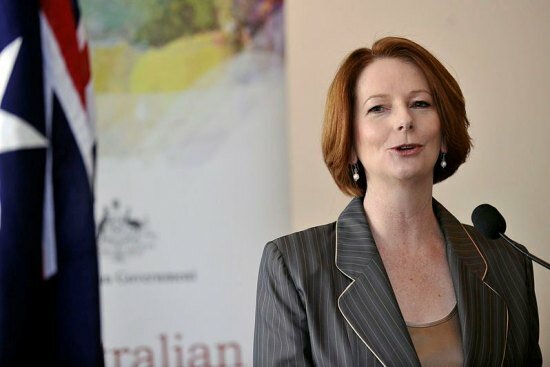 Gillard will discuss with senior Indian government officials ways to further expand and deepen bilateral and regional cooperation, boost trade and investment ties, and strengthen political and strategic dialogue between the two countries.

India is Australia’s fourth-largest export market and a key strategic and economic partner in the region, according to Gillard.

Indian investment in Australia in 2011 alone was over $11bn.

There has been strong recent growth in the bilateral relationship spanning economic, cultural, education, science and strategic ties, the Australian PM said.

She will also speak to Indian president Pranab Mukherjee, meet with members of the Australia-India CEOs Forum, and address a lunch hosted by the three business chambers. She will witness the results of Australia-India collaboration on community and science and research projects.

In addition to boosting trade and investment ties, Gillard will also aim to boost cultural ties between the two countries on her first visit to India as PM. She will launch Oz Fest -- Australia’s biggest cultural festival in India at a concert in New Delhi.

The Oz Fest will run until February 2013 and involve over 100 events across 18 Indian cities aimed at improving cultural understanding between the two countries.