Do you have any talent that you want to showcase to the local community? Charity organisation CODEC-UK (Community Development Centre UK) is organising a “Rising Star” talent show in September at the Brent Indian Association in Wembley. 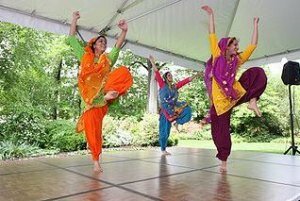 The event is similar to the talent shows telecast on UK television channels and is open to a wide range of performances such as singing, dancing, poetry recital, music, stand-up comedy, comic acts, magic tricks, caricature, and creative arts among others.

The main final event of the Rising Star talent show will be held on Saturday, 21 September, 2013 at Alperton Community School on Ealing Road in Wembley between 4pm and 11pm. But CODEC-UK is already hosting event participation workshops and rehearsals at the Indian association’s office for all weekends between September 1 and September 15, 2013. The rehearsals take place between 2pm and 5pm.

The event, open for all, is funded by Brent Council's Ward Working and aims to support the participants to develop leadership skills, and to promote youth talent by diverting talented youngsters from engaging in anti-social activities.

“Come along and show what you can do,” said Brent Council’s members on its website.

Charity organisation CODEC-UK was founded only in 2009 with an aim to promote the benefit of Nepalese citizens residing in the UK, particularly in Brent. It has 11 executive committee members including chairperson Bishnu Wagle, Secretary Shankar Dahal, Treasurer Prakash Adhikari, and eight committee members.

Meanwhile, the Brent Indian Association, established in 1965, is community organisation for Indians in the UK to support and develop all aspects of the community. It has 50 voluntary organisations affiliated to it.