The two-minute-plus film opens with a close up shot of Deepika Padukone's face and her words: "My body, my mind, my choice".

The full film features 98 other women from different fields of life, but with Deepika's voiceover throughout. The voiceover is addressed to a man and questions the standards that women are expected to conform. 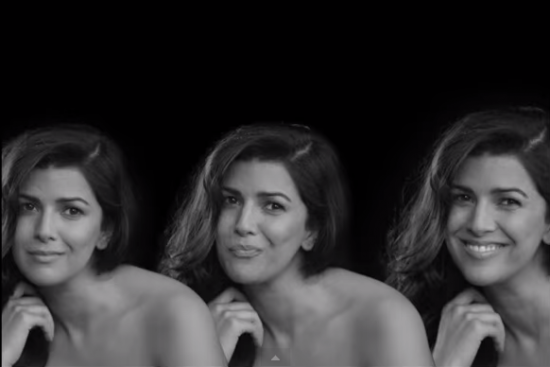 The no-nonsense video addresses all the taboos generally associated with women in a patriarchal society – these include the clothes she wears, her sexual preferences, hey body type, and her attitude towards marriage among others.  Other lines in the film include: "My choices are like my fingerprints, they make me unique"; and "I am the universe – infinite in every direction. This is my choice."

The effective background score, the simple yet powerful voiceover and the black and white rendering of the film have received thumbs up from audience on social media sites including YouTube, Twitter and Facebook.

The film, published on YouTube on Saturday, March 28, is nearing 2 million views.

Adajania and Deepika Padukone have worked previously in films such as Cocktail.

Adajania said on his Twitter account: "My Choice - speak up for the brave and empowered Indian woman and spread awareness." Other Bollywood celebrities including Amitabh Bachchan, Rahul Bose, Alia Bhatt, Shabana Azmi, Arjun Rampal, Twinkle Khanna and Arjun Kapoor among others have praised the short video.

Here's the short film My Choice, starring Deepika Padukone and other celebrated women, and directed by Homi Adajania for Vogue India