Prince William and Kate Middleton are expecting their first baby, St James’s Palace has confirmed. The Duchess of Cambridge is just under 12 weeks pregnant and is suffering from acute morning sickness. 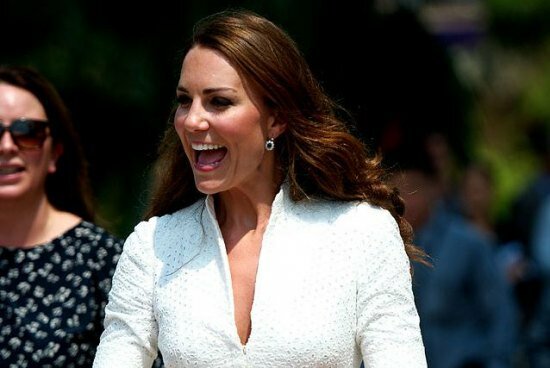 Kate, who married into the Royal family in April 2011 at Westminster Abbey, will turn 31 on January 9, 2013. While the couple wanted to keep the news private, they were prompted to announce the news as Kate had to be admitted to a London hospital for a severe form of morning sickness which requires supplementary hydration.

Kate was admitted to King Edward VII Hospital in central London for treatment for hyperemesis gravidarum.

In a statement, St James's Palace said that: “As the pregnancy is in its very early stages, Her Royal Highness is expected to stay in hospital for several days and will require a period of rest thereafter."

Even the other members of the Royal Family including the Queen were informed about Kate Middleton’s pregnancy just hours before announcing it to the public. Prince Harry, who is in Afghanistan on duty was informed about the pregnancy in an e-mail.

Just like William and Kate’s Royal Wedding of 2011 was watched with intense scrutiny and curiosity, the Duchess’ pregnancy will be tracked with intense interest over the next nine months. Global media has been speculating about Kate’s pregnancy since just a few months after the wedding.

As soon as the news was announced, Prime Minister David Cameron took to social media site Twitter to say that he was "delighted by the news”. He added: “They will make wonderful parents."

Labour leader Ed Miliband also said on Twitter: "Fantastic news for Kate, William and the country. A royal baby is something the whole nation will celebrate."

As recently as in October 2011, six months after the Royal Wedding did the Commonwealth leaders agree to change succession laws so that the daughter of any future UK monarch would have equal right to the throne as a son.

While a formal consent has not yet been given, a cabinet spokesman told the BBC that the consent is expected “very shortly”.

The duchess was last seen in public three days ago when she visited her old school in Berkshire and looked very active and fit as she played hockey in her high heels and winter coat. A fashion icon and a trendsetter, her new haircut has become the latest rage globally.