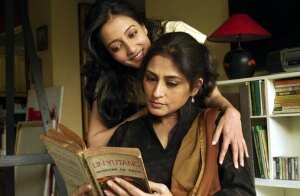 London Indian Film Festival 2012 (LIFF), the event which aims to show the very best of new Indian independent films, was held between June 20 and July 5, 2012 in London.

The third LIFF kicked off with the UK premiere of Anurag Kashyap’s critically-acclaimed Bollywood film Gangs of Wasseypur on day 1, June 20 at Cineworld, Haymarket. The screening was cheered by the audience.

Click here for the pictures from London Indian Film Festival 2012.

Premiering on June 22, Tooting Broadway is an English language film directed by Devanand Shanmugam and produced by Joshua Clement. The movie is an urban crime and political drama set in Tooting, South London, and features characters from the Sri Lankan Tamil gang community, and their political ideologies and dilemmas.

Meanwhile, Arjun & Alison, which premiered on June 30, is another English film set in both London and Birmingham. It tracks the tensions and conflicts between different racial communities. While it stars an all-British cast of Monique Squeri, Shiv Jhala, Oliver Squires, Kulvinder Ghir, it is directed by Indo-British director Sidharth Sharma.

UK premiere of a Bengali film -- Baishey Srabon-- on the closing night of the festival was one of the highlights of LIFF. Directed by Srijit Mukherji, it stars Prasenjit Chatterjee, Goutam Ghose and Raima Sen. The film tracks a serial killer who leaves clues at the murder site in verse and tracks the attempts of a serial killer specialist cop to identify the culprit. The premiere concluded with an interview with the star Raima Sen.

Raima Sen-starrer Abosheshey, another Bengali film also had its UK premiere at the festival. The feature film [pictured] also stars Roopa Ganguly and tracks the journey of a man in search of his own identity.

Tamil movie called Aaranya Kaandam screened its UK premiere at LIFF. The film features Bollywood’s Jackie Shroff making his debut in Tamil cinema. The plot revolves around a yesteryear don whose position is under threat from a younger, smarter subordinate.  The crime film has won National Awards for Best First Film and Editing in India. Directed by Thiagarajan Kumararaja, the gangster flick won the audience award at the London Indian Film Festival 2012.

UK premiere of Lilette Dubey-starrer Delhi in a Day was another highlight of London Indian Film Festival 2012. The film is a dark satire featuring the lives of high socialites from India’s capital Delhi and tracks the class differences between them and those from poorer background. The plot gets complicated when a rich character falls for a girl from a poorer background.

Several other Tamil, Bengali and Hindi movies screened their UK premiere at LIFF 2012.