Sonam Kapoor is bringing to screen the life of Neerja Bhanot, the late 23-year-old flight attendant for Pan Am airlines who was murdered while saving passengers in a hijacked plane. Sonam Kapoor (as Neerja/laado) and Shabana Azmi (as her mother) deliver riveting performance in the 2:30 minute trailer which crossed the million views mark in 24 hours. 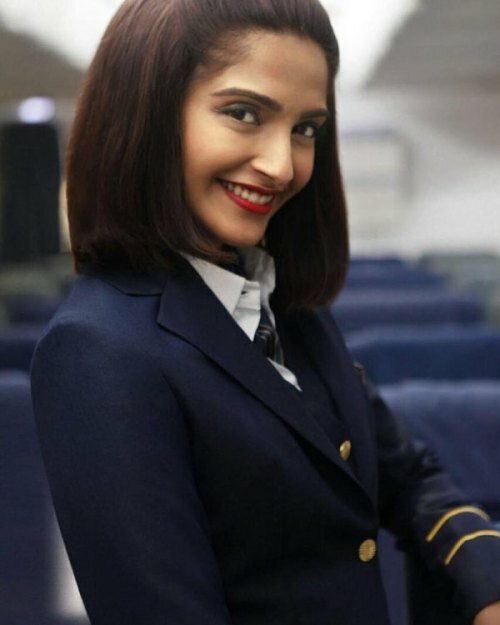 Neerja is a biopic drama on the 23 year old air hostess who lost her life while saving passengers from terrorists on board the hijacked Pan Am Flight 73 on 5th September 1986. Neerja saved 359 lives out of 380 passengers on board that flight. The movie is scheduled to release in theatres on 19th February 2016 but the first official trailer was released amid the festive season – December 17, 2015.

Posthumously, Neerja Bhanot was honoured with the Ashok Chakra and became the youngest recipient of India's highest peacetime military award for bravery. Neerja Bhanot became an air hostess based in Mumbai after her arranged marriage to her husband in 1985 turned sour.

The film is directed by Ram Madhvani and produced by Fox Star Studios and Bling Unplugged.

The trailer shows a happy, fun-loving Neerja (lovingly called laado) enjoying her job as an air hostess. She is part of the cabin crew on flight to New York via Karachi and Frankfurt. But in Karachi, the Pan Am flight is hijacked. The rest of the trailer tracks Neerja's efforts in saving passengers on the flight especially children. Sonam Kapoor and Shabana Azmi's performances along with nifty editing and background score makes the 2 minute trailer riveting and leaves the audience spellbound. Neerja Bhanot was honoured by Pakistan and the US authorities posthumously too for her bravery and for putting the safety of her passengers before her.

"Proud to present to you the incredible story of Neerja," said Sonam Kapoor on Twitter while sharing the trailer to receive overwhelming feedback from her Twitter followers, film fans and Bollywood fraternity. Sonam Kapoor is currently basking in the glory of her latest blockbuster Prem rattan Dhan Payo which released amid Diwali festivities.