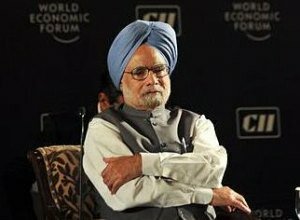 Breaking his silence on the continuing exodus of north-eastern people living in the southern cities, the  Indian Prime Minister has said that the government is committed to bring an end to this feeling of insecurity among people from the North-East.

The government will work with all like-minded people to “create a feeling of security among the people of the North-East residing in various parts of our country that they have as much right as anyone else to live, to earn and to study at wherever place they may go,” Prime Minister Manmohan Singh said in his speech in the Lok Sabha on August 17, a day after the mass exodus began.

The growing sense of insecurity that people from the North-East living in different parts of India have been experiencing for the last few days is “reprehensible”, the prime minister said.

“All of us should work together to get this sort of situation brought under control without any further loss of time,” he said.

“The unity and integrity of our country is being threatened by certain elements,” he continued.

The prime minister offered his reassurances to the people of North-East that it will work to work to restore peace and amity so that the this feeling of insecurity is brought under control.

Earlier on Friday, it was reported that four people have been arrested for spreading rumours that north-eastern people in India’s southern cities including Bangalore will be targeted in an ethnic and religious attack.