Aishwarya Rai Bachchan, who attends the Cannes Film Festival every year has had her shares of hits and misses in terms of her outfit choices. But At Cannes 2015, the star gets it right in a floral, flowing Sabyasachi couture.

Ahead of her red carpet appearance, Aishwarya Rai Bachchan attended the Variety and UN Women's panel discussion on gender equality at the iconic film festival event.

Ditching her usual heavy Indian fusion saree outfits, she picked a refreshing gown with a waist belt while still sticking to her favourite designer Sabyasachi. The nude pink floor length outfit had bold floral print and had a layered feel. The actress teamed up her dress with a bright maroon box-cluth and accentuated her simple makeup with bright red lipstick. 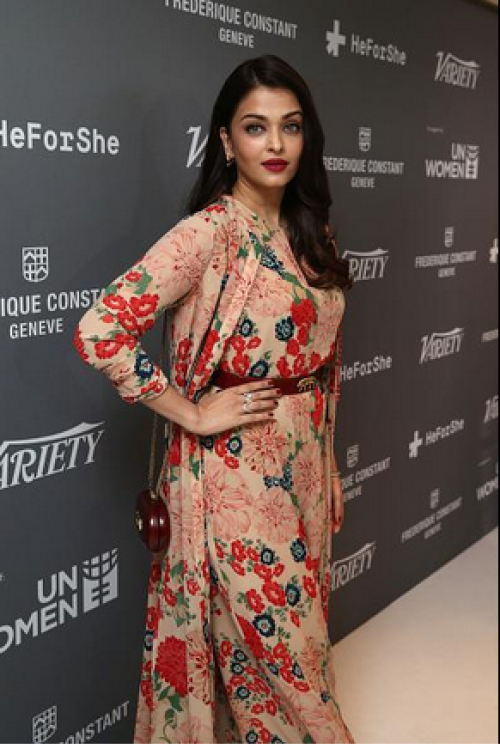 The 41-year-old rocked the floral look at shared the stage with Hollywood celebrities including Salma Hayek at the gender equality discussion.

Aishwarya Rai Bachchan, one of the most awaited Bollywood star at the Cannes Film Festival, got a thumbs up from both her fashion critics and her fans on the social media.

The former Ms World seemed to show the fun side to her by letting her hair down and was playful during her red carpet appearance.

She was clearly enjoying the attention and catching up with her celebrity buddies including Eva Longoria.

The actress showed her playful side by pulling several funny faces 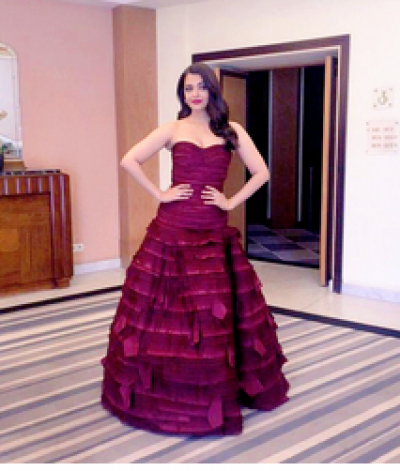 Aishwarya continues to rule the hearts at Cannes