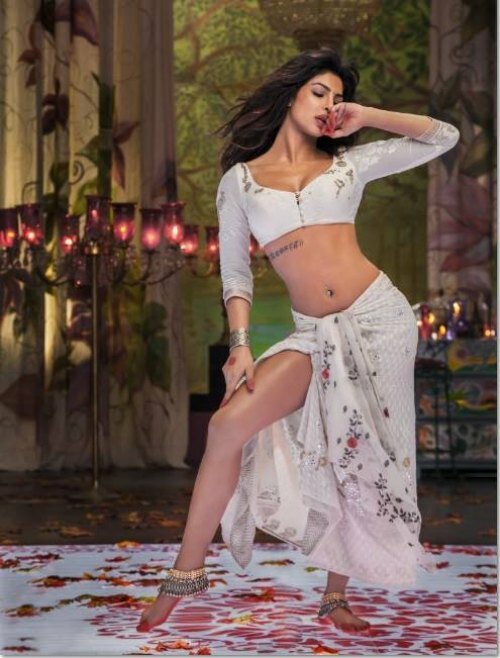 The first look of Priyanka Chopra in the item song Ram Chahe Leela was released by Eros International in the run up to Ram Leela’s release on November 15, 2013 to coincide with Diwali celebrations.

The item song shows Priyanka Chopra dressed in white choli (blouse) and ghaghra. Priyanka sizzles in a desi make over with a tattoo on her midriff and traditional chunky jewellery including bangles and ghungroos. 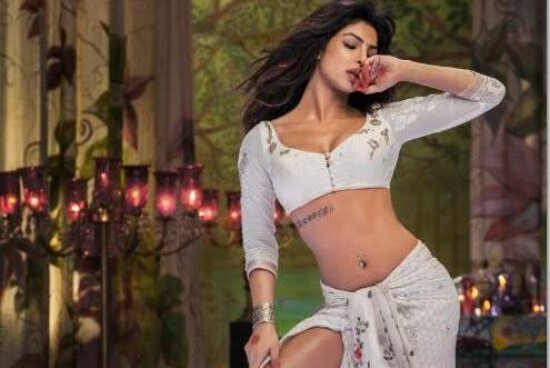 Priyanka Chopra’s looks in the item song was received well by her fans on Twitter with artist poet Pritish Nandy saying that the actress looks “stunning” in the song’s first glimpse.

@Ramleela_Movie Forget me. Even a sage or a blind man will concede that @priyankachopra looks absolutely stunning here.

31-year-old Priyanka Chopra has previously made several cameo appearances in Bollywood movies such as Ra.One and Shootout at Wadala.

Chopra is also busy with her upcoming sci-fi film Krrish 3 where she plays the character Priya Mehra alongside Hrithik Roshan. Roshan’s Krrish 3, releasing around the same time as Ram Leela, will be released in 3D.