One of Bollywood's most versatile actors, Priyanka Chopra, shows the new side to her talent – as a tough cop - in the official trailer of upcoming film Jai Gangaajal. Priyanka Chopra plays SP Abha Mathur in the Prakash Jha film and dons the Khaki for the first time. PeeCee's cop role, her intense action scenes and her determination to bring order in the district she is posted has garnered the actor praise from fans. 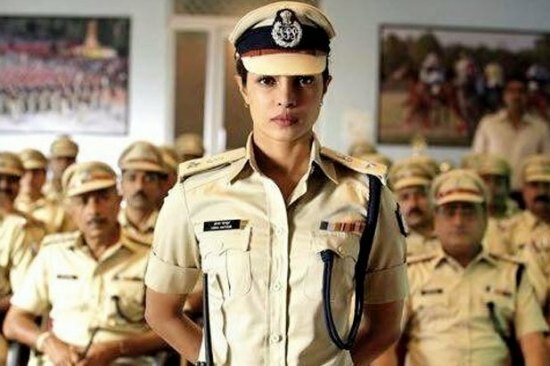 The trailer of Prakash Jha's much-anticipated film Jai Gangaajal was unveiled on Tuesday, December 22. The gripping trailer shows Priyanka Chopra playing SP Abha Mathur, the first female SP in Bankipore district of Bihar, where criminals control the functioning of the district. The cop-drama revisits the dusty heartland of Central India and examines the society-police relationship and addresses gritty issues such as corruption and land extortion and portrays SP Abha Mathur's journey in bringing order in the land. 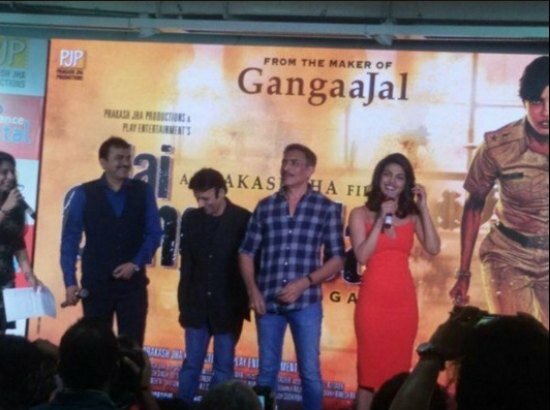 Priyanka Copra – who is basking in the glory of her international success with Quantico and domestic success in the role of Kashibai in Bajirao Mastani was in Mumbai especially to launch the trailer of Jai Gangaajal and to promote the film. The actor/musician PeeCee flew from Los Angeles to Mumbai during the Quantico Christmas break to work on Jai Gangaajal promotions.

Priyanka said: "This is my quickest film ever. I was playing a tough character but it was still important for me to also be feminine. Abha celebrates womanhood yet she is authoritative. I enjoyed playing her as she is very classy, graceful and dignified. It's a very relevant and important film."

Prakash Jha said, “Priyanka is busy with Quantico however, she was getting a Christmas break and I asked her to come down to Mumbai for the trailer launch and to finish all her promotional work related to Jai Gangaajal. As she is a thorough professional she readily agreed.”