Bollywood actor Priyanka Chopra has shared the first look of her upcoming biopic Mary Kom in which she plays the title role of the Olympics-winning Indian boxing champion. In the poster released by Priyanka on her Twitter handle shows the actress in a gritty, tough, atheletic avatar ready to take on the physical challenge.

The Sanjay Leela Bhansali film is set to release on September 5, 2014.

“Heart. Blood. Sweat. Soul. I've given it my all. Over to you guys now!” the actress said while revealing the first look of the film Mary Kom. 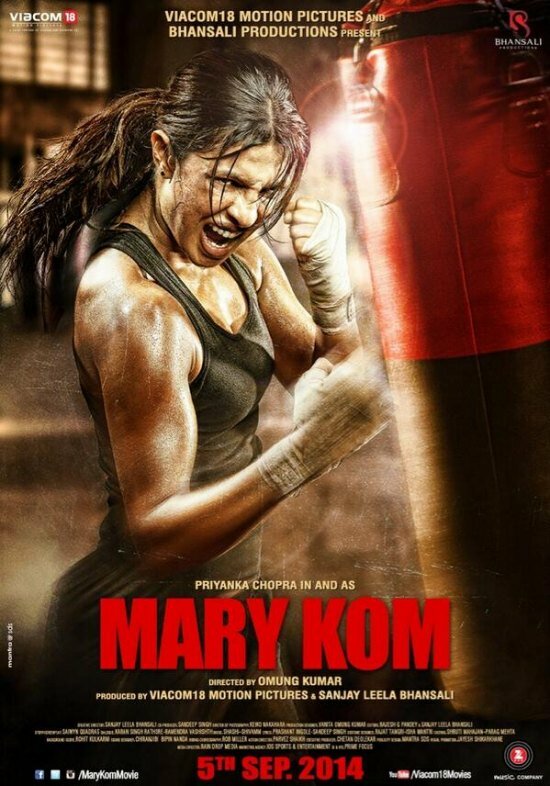 Priyanka’s first look tweet became an instant hit among her followers and it was retweeted over 800 times within minutes of the post.

The actress took to Twitter to build up the suspense a day ago before actually revealing the first look. Just minutes before unveiling the first look, the actress said: “The hero and the coward both feel the Fear.It's the same thing,fear,but it's what you do with it that matters.”

Bhansali announced his biographical project on the 31-year-old Indian woman boxing champion in 2012 just after the 2012 London Olympics. The film will be directed by Omung Kumar and will star Priyanka Chopra in and as Kom.

Mary Kom, a five-time world champion in women’s boxing, became the only Indian woman boxer to have qualified for the 2012 Summer Olympics in the flyweight (51 kg) category. Kom went on to bag the bronze medal in the category.

Born in a small town in Manipur, boxer Mary Kom is seen as an inspiration to many girls students in the country.

Priyanka Chopra, who is known to essay character roles such as that of an autistic Jhilmil in 2012 hit film Barfi! had been researching up and training for her role in the film Mary Kom. She also met the Indian boxer several times to prepare for the role.