Directed by Vikram Bhatt, produced by Mahesh Bhatt and starring Bipasha Basu and Emraan Hashmi, Bollywood horror film Raaz 3D is off to a flying start with bumper openings on its release day – Friday, September 7. 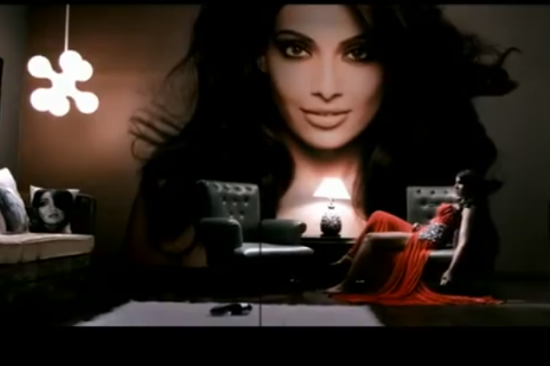 The film continued its strong momentum through the week collecting more than 47-crore rupees in first five days. Raaz 3D has released in India and overseas on September 07, 2012 and has opened to full houses in Indian screens. The film's release date was strategically chosen so it does not clash with any other big Bollywood releases. Raaz 3D collected more than 10-crore rupees on the first day of its opening. While the weekend collection numbers are not out yet, industry analysts and film distributors expect the audience turnout to be very strong.

“Raaz khul gaya [the secret is out]... Raaz 3D opens to extraordinary response, said Taran Adarsh on Twitter. “One of the biggest starts of 2012,” he added.

Bipasha-Emraan’s Raaz 3D is the second sequel to the successful Raaz franchise which released in 2002.

The 2002 thriller starred Bipasha Basu and Dino Morea and became a blockbuster film of the year. Its first sequel was the 2009 film Raaz – the Mystery continues, from which Bipasha Basu opted out. It featured Kangna Ranaut and Emraan Hashmi in lead roles and opened to strong collection but wasn’t as successful as the original Raaz.

Raaz 3D -- the sequel to the sequel -- is about an actress Shanaya Kejal (played by Bipasha Basu) who is riding on her fame and success. Shanaya’s love interest is her films’ director Aditya (played by Emraan Hashmi). But a newcomer Sanjana Dhanraj (played by Esha Gupta) brings an end to Shanaya’s successful and glorious era in the showbiz as well as an end to her passionate affair with Aditya.

This makes Shanaya neurotic and she turns to black magic to destroy the newcomer and win back her lost love.

Raaz 3D sees Bipasha Basu make a comeback into the franchise and her performance in particular has received positive feedback from industry analysts, Bollywood fans and movie audience.

The film was a “turning point” in Bipasha Basu’s career and it should mark the “commencement of a fresh phase for this gifted actress”, Adarsh said on the micro-blogging site.

Adarsh had positive words for Emraan Hashmi too. “Murder 2, The Dirty Picture, Jannat 2 and now Raaz 3, Emraan Hashmi has provided evidence time and again that he's a “crowd puller”, he added.

Whether the film will remain a crowd-puller in its second week when two films Kareena Kapoor's Heroine and Priyanka-Ranbir's Barfi! release worldwide is yet to be seen.