One day after hundreds of protesters demonstrated outside the Irish embassy in New Delhi over Ireland’s abortion laws over the death of 31-year-old Indian Savita Halappanavar, protests have spread to Galway and Dublin. Halappanavar died of pregnancy complications in a hospital in Ireland after she was refused abortion services. 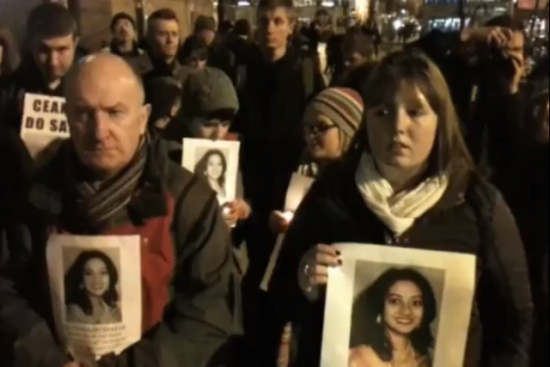 vigil in Belfast in memory of Savita Halappanavar who died in Ireland
Image: YouTube still

Halappanavar, a dentist by profession was 17 weeks pregnant when she died at University Hospital Galway, on October 28. According to reports, Halappanavar, her husband and family members wanted the pregnancy to be terminated as she was experiencing severe pain and was miscarrying.

Her husband has alleged that the Irish hospital’s doctors refused to offer abortion services at a stage when foetal heartbeat is developed because of Ireland’s “Catholic” views. 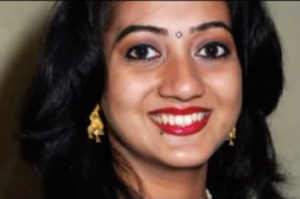 As the news of her death spread in India, outraged and stunned protesters held demonstrations outside Ireland's embassy in Delhi on Friday, November 16. Protests were held in UK capital London and Northern Ireland’s Belfast city too.

On Saturday, thousands of people attended rallies in Galway and Dublin in memory of Savita Halappanavar and called for changes to the country’s abortion law.

Protesters, including members of the Indian community in Ireland marched from Dublin's Garden of Remembrance to the Irish parliament. Similar rallies were held in other places including Cork, Limerick, Sligo, Ennis, Carlow, Clonakility, and Kilkenny.

Inquiry into the death of Halappanavar is currently being carried out by the Irish Health Service Executive (HSE) which will make the results public in a few days. Another inquiry by the Galway-Roscommon University Hospitals Group is also underway

Women activists and political professionals including Smriti Irani and Brinda Karat were involved in the protest in India calling for the Indian central government to take action.

Ireland’s strict laws on abortion dates back over a hundred years. Although the law has amendments to allow for an abortion if the pregnant woman’s life is in danger, the rules are still very complicated.