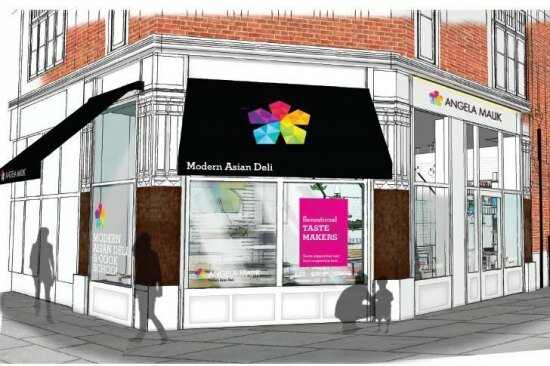 The deli will offer dishes cooked in Asian flavours but with British ingredients and serve Angela's signature curries including Butter Chicken, Chicken Tikka, and Butternut Squash and Pork Vindaloo.

Angela's Modern Asian Deli will overlook Ealing Green and will be a refurbished eatery replacing old Budgens store which was destroyed in the London riots of 2011.

"I've long been a resident of the borough and I am so proud to be opening in the heart of beautiful Ealing. My kids go to school near the Broadway and this is very much my home," Malik said ahead of the deli's opening.

After working in London for ten years as a chartered accountant, Malik joined Leiths School of Food & Wine and today runs her own cookery school. The Indian-origin chef is known for combining Asian flavours -- Indian, Vietnamese, Chinese and Thai -- with seasonal British ingredients and has her own range of Asian ingredients.

Watch this space for a review of Angela Mailk's Ealing delicatessen, Modern Asian Deli, which is launching in April 2014.